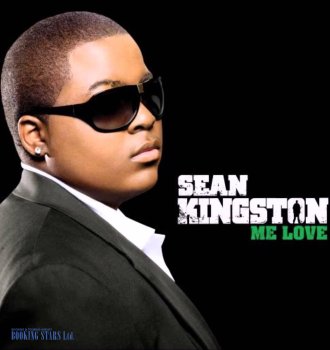 Sean Kingston’s real name is KiSean Anderson. He was born on 3 February 1990 in Florida. When Sean was six years old, his family moved to Jamaica, spent 3 years there, and came back to the USA. Kingston loved music since childhood. His grandfather was one of the best Jamaican music producers known as Lawrence Lindon. In the USA, he used the pseudonym Jack Ruby.

Sean’s heritage gave a jump-start to his career. He became famous at 17. Anderson sent his work to Epic Records and Koch Records. Both accepted it. Later, the representatives of both companies said that the singer seemed very talented but lacked melodic sound. Meanwhile, his lyrics also needed some adjustments in order to become commercially appealing. The first solo single “Beautiful Girls”, came out in May 2009. It climbed to high spots on numerous charts in the USA, Canada, the UK, Australia, New Zealand, and many more countries. The song became part of the artist’s debut studio LP, Sean Kingston.

For some time, Sean worked with such celebrities as Beyoncé and Gwen Stefani. He performed as an opening act for Kelly Clarkson’s tour in 2008. At about the same time, the singer adopted his pseudonym. It was based on the musician’s heritage since Kingston is the capital of Jamaica.

In 2009, Sean recorded his second LP, Tomorrow, which was produced by such media sharks as RedOne, J. R. Rotem, and Fugee Wyclef Jean. The album featured such hits as "Fire Burning" and "Face Drop". The same year, the musician started working with DJ Khaled to record a single “For My Hood.” Later, the song appeared in the movie Lottery Ticket.

In 2010, the artist worked on creating the music for the celebration of Olympic Games opening in Singapore.

In 2011, the rapper released a mixtape King of Kingz. It was recorded together with such celebrities as Nicki Minaj, T-Pain, Flo Rida, Soulja Boy, Akon Wyclef Jean, Kanye West, Dr. Dre, Cher Lloyd, and Justin Bieber. The fans appreciated such hits as "Eenie Meenie", "Letting Go (Dutty Love)", "Party All Night (Sleep All Day)", "What a Feeling", Dumb Love", and "She Moves". The mixtape appeared on the web for free downloading. At that time, many organizers wanted to book Sean Kingston for private events, but he was busy recording new music.

The new album, which Kingston announced several times, finally came out in September 2013. The single "Beat It" reached the 52nd spot on Billboard Hot 100. The album featured other popular songs, such as "Love Ecstasy", "Save One For Me", "How We Survive", "Smoke Signals", and "Hold That". The LP climbed the 33rd spot of Top R&B/Hip-Hop Albums Chart but didn’t make it into Billboard Hot 100.

In 2014, the artist announced the fourth studio album. He was planning to record it together with Zendaya. Their song "Heart on Empty" earned positive reviews from the critics. In 2015, the musician recorded the single “Wait Up”. In 2016, he presented ”One Away” and ”All I Got”. However, the fans are yet to see the release of the album.

In 2017, the rapper recorded a promotional single “Chance” for his EP Made in Jamaica, which came out a little later.