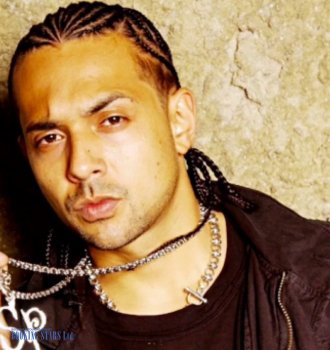 Sean Paul’s full name is Sean Paul Francis Henriques. He was born on 9 January 1973 in Kingston. Sean has a mixed heritage. His mother has English and Chinese roots. His grandfather is from Portugal, and his grandmother is African. The young singer was brought up in a Catholic family with strict moral standards. This can occasionally be seen in the artist’s lyrics. Sean’s mother was a famous painter. His father and grandfather played water polo. That’s why Sean devoted a big part of his childhood to swimming. He participated in school contests but eventually gave up swimming in favor of singing, which he always loved.

Sean Paul’s career began in 1996 when he got a chance to participate in a singing marathon in Kingston. There, the young artist caught the attention of the producer Jeremy Harding, who offered him collaboration. Sean followed his dream and agreed. The singer’s debut works “Baby Girl” and “Infiltrate” didn’t appear in the charts but helped Sean demonstrate his talent. Both songs appeared on the local radio stations.

In 1998, Sean Paul landed a small role in the film, Belly. After that, for a while, the artist worked on soundtracks to movies. Two years later, he released the first LP, Stage One, after signing a contract with VP Records. The LP reached the 2nd spot of Top Reggae Albums and climbed to the 98th position of Top R&B/Hip-Hop Albums Charts. The album featured such songs as "She Want It", "Mental Prelude", "Real Man", "Infiltrate", "Haffi Git Da Gal Ya (Hot Gal Today)". The last one reached the 5th spot on Hot Rap Songs Chart.

In 2002, Paul recorded his second LP, Dutty Rock. It turned out to be much more popular than his previous work. The most popular singles featured in the album were "Gimme the Light", "Get Busy", "Baby Boy", "I'm Still in Love with You", and "Like Glue". It reached high spots on the American, British, Australian, French, Canadian, Swiss, and Finish charts. The LP came in ninth on Billboard 200 and earned a variety of platinum and gold statuses from all over the world. After the album’s release, many club owners tried to book Sean Paul for private events.

In 2005, the singer presented his 3rd LP, The Trinity, produced by Atlantic Records. The album was also very successful. It topped Billboard Top R&B/Hip-Hop Albums and Billboard Top Reggae Albums Charts, came in second on Canadian Albums Chart, and settled on the 3rd spot of Top Rap Albums. In the first week after the official release, the album sold 120,000 copies.

In 2009, Paul recorded Imperial Blaze, which featured such popular songs as "Lace It", "Birthday Suit", "Hold My Hand", "So Fine", and "Press It Up". It topped Billboard Top Rap Albums and Billboard Top Reggae Albums Charts.

In 2014, Sean Paul released Full Frequency. It featured such popular songs as "Other Side of Love", "Turn It Up", "Want Dem All", and "Entertainment". On that album, Paul worked with numerous celebrities, including Damian Marley, Nyla, 2 Chainz, Brick, Iggy Azalea, Lace, Prince Royce, Juicy J, and Nicki Minaj.

In June 2018, Paul released his latest album to date, Mad Love the Prequel. It appeared on Finish and Norway charts and came in fourth on Reggae Albums Chart. The album’s guests were Jhené Aiko, David Guetta, Becky G, Migos, Tory Lanez, Dua Lipa, and others.

The artist continues working on new hits and performing live.