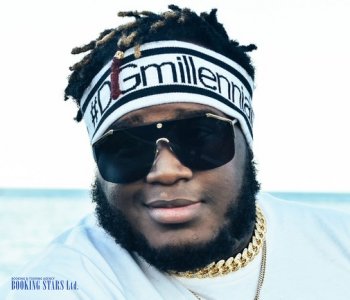 Sech was born in a small town in Panama City. His maternal grandparents were French. He was introduced to music thanks to his family. His family was part of a church group and learned to play the piano, guitar and bass, among other instruments. His father was a cook, and his mother was a school director. Carlos started out as a street vendor who hummed people passing by. Now he is becoming one of the promising performers of 2019.

The single "Miss Lonely" has opened its doors internationally. Carlos wrote the song with his guitar at the entrance to his house. The song caught the attention of multi-platinum artists Justin Quiles and De La Ghetto. The song won him a recording contract with Rich Music.

The young performer realizes that his musical influences come from Drake, Justin Bieber and Mark Anthony.

In a world of tough standards, Sech has managed to infiltrate the Latin music scene with its soothing vocals, sensual urban fusion melodies and lyrics that focus on romance and dreams.

“I have no big plans for a musical career. I'm practically a new artist, but I work a lot, and I like that there are people who support my music. This is the most important thing for me, ”shared Carlos.

For Carlos, a musical career has become a dream. “This is a very important moment for music in my country. If I'm doing well, then many people can start studying the music industry in Panama. It's not just for me. I want the new generation of artists to see that anything is possible. "

Carlos chose the stage name for a reason. He explained that a friend suggested using the name "Sech" because it sounds better and will be easier for the fans. Carlos didn't know what that artistic name meant until one day he decided to research and realized that they were the initials of the Writers' Society of China (SECH), which made him feel like he chose the right name because it represented a society of creative people.