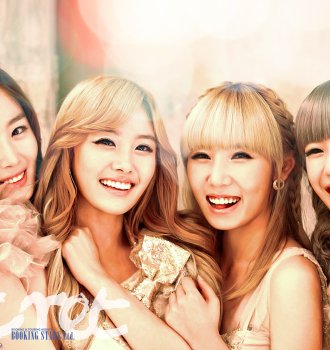 Secret was formed in Seoul in 2009. Its lineup included Jung Ha-na, Han Sunhwa, Song Jieun, and Jun Hyoseong. The idea to create a band belonged to the successful South Korean label, TS Entertainment. In order to promote the group, the company funded a documentary, Secret Story, which talked about each girl and her story on the way to fame.

The group officially debuted in October 2009 with the single "I Want You Back", which managed to climb to the 27th spot of the local chart. It was a significant achievement for a debuting group. To promote the band, the label suggested that the artists participate in the show M! Countdown. A little later, they performed their single “Friends” on another TV show Master of Study OST.

In April 2010, the group released its first EP, Secret Time. The album reached the 4th spot of South Korea Gaon Album Chart. The songs "My Boy", "Do As You Please", "I Want You Back", "Spotlight", "3 Years, 6 Months” and "Magic" became popular. In fact, the latter turned into a huge hit. It sold over 2.2 million copies in South Korea. At that time, many organizers tried to book Secret for private events in order to hear the single performed live.

In October 2011, the band released a debut LP, Moving in Secret. The album came in third on South Korea Gaon Weekly Album Chart. The most popular songs were "Amazinger", "Don't Laugh", and "Movie Star". The single “Love is Move” became a hit.

The same year, the group presented a new EP, Shy Boy, created for the Japanese audience. It came in 9th on Japanese Oricon Albums Chart. The songs “Shy Boy”, "Together", "Christmas Magic", and "Movie Star" turned into hits.

In August 2012, the artists presented a new LP, Welcome to Secret Time. A month later, an EP, Poison, came out. The LP was recorded for the Japanese fans. It climbed to the 11th spot of Japanese Oricon Albums Chart. Songs "Madonna", "So Much for Goodbye", "Twinkle Twinkle", and "Love Is Move" became popular in Japan as well.

In 2012, the artists went on their first tour of Japan, which they called 1st Japan Tour "Secret Time".

In 2013, Secret recorded another EP, Letter from Secret. It featured just four songs. One of them, a single “YooHoo” became a huge hit, selling almost a million copies. The EP climbed to the 7th spot of the Gaon chart. After the release of the album, the group went on the second tour of Japan, “Love In Secret.”

In August 2014, the band officially released one more EP, Secret Summer. The album came in second on the South Korea Gaon Weekly Album Chart. It featured such popular songs as "I'm in Love", "I Would Do Well", "U R Fired", and "Look at Me". The artists performed these songs on TV shows Music Bank on KBS, Show! Music Core on MBC, Inkigayo on Mnet and M! Countdown on SBS.

In 2014 and 2015, the group devoted the majority of its time to performances and tours. It went on The 3rd Japan Tour Secret's Summer Live ~YooHoo~ and arranged 2015 Secret 1st Fan Meeting in Asia.

On September 26, 2016, one of the group members, Han Sunhwa, declared her intent not to extend the contract with TS Entertainment. She left the band in October. Secret turned into a trio.

In February 2018, Song Jieun and Jun Hyoseong filed a claim against TS Entertainment regarding the lack of payment.

Even though the legal matters aren’t settled yet, the group still performs live. 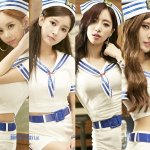