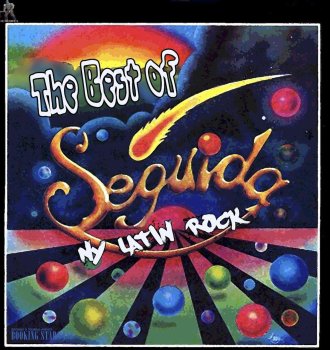 Seguida was created in the Bronx, NY in 1974. The original lineup included musician of Puerto Rican descent. They were the ones, who promoted Latin rock genre in the USA. Their original Afro-Cuban salsa-rock style was created in the Bronx and conquered music lovers all over the world. The first two albums, recorded by the band, Love is Seguida (1974) and On Our Way To Tomorrow (1976) quickly became popular in the USA and Latin America.

The time of Latin rock in the USA came at the end of the 1960’s with the appearance of Santana. While the Latin music was becoming popular on the US West Coast, the group of talented musicians from the Bronx was dreaming about taking the genre to a new level and mixing it with Afro-Cuban jazz, rhythm and blues, and New York Salsa. The band managed to reach the desired heights.

Seguida worked with such popular musicians as Larry Harlow, Ray Barretto, Johnny Pacheco, and The Persuaders. The group members performed at the opening game of the baseball season at Yankee Stadium.

The band traditionally used English vocals and Spanish soneros. When Seguida mixed the above with salsa, soul, and rock, they managed to conquer the American audience.

In 1978, the band was supposed to release its third album. However, the LP was never recorded. The band fell apart and got back together many years later, in the beginning of the 21st century.

At the moment the group is led by the producer and songwriter Steve Adorno. He works together with a producer Jay Henry and the founding fathers of the original band Lou Perez and Randy Ortiz. The vocalists are Lori Rose and Dawn Savio. In 2007, they finally recorded the long-awaited third album Seguida III.

Many event planners are dreaming to book Seguida but they have to face serious competition. For example, Major League Baseball has chosen the group to become its official Latin band.

Even though the band has a complicated history, Seguida continues working on new albums and performing live.