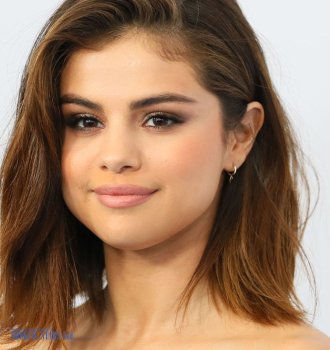 Selena Gomez was born on July 22, 1992, in Texas. She is a singer and an actress. Selena is mostly famous for such hits as “Come & Get It”, “Good For You”, and “Same Old Love”. She was nominated for 119 awards and won 82, including American Music and Alma. Gomez holds 10 Guinness World Records.

Selena’s father Ricardo Gomez is of Mexican descent while her mother Amanda Cornett is an actress of an Italian descent. The girl was named after a famous singer Selena (an American singer of Mexican descent Selena Quintanilla-Pérez, who was killed in 1995). Gomez’s parents divorced when she was five. Selena dreamed of following in her mother’s steps to become an actress. When she was six, Selena was sure she’ll pursue an acting career. She spent her childhood going to castings and auditions. Due to that, she missed a lot of school and had to study at home.

In 2001, Selena landed a role of Gianna in TV series Barney & Friends. She left the project after 2 years. Then Gomez had a few small roles in such movies as Spy Kids 3D-Game Over, Walker, Texas Ranger: Trial By Fire, and The Suite Life of Jack and Cody.

In 2010, Gomez debuted in a Hollywood movie Beatrice in Ramona and Beezus. This was her first big role. Even though Selena is quite young, she played over 20 movie roles and over a dozen of roles in TV series.

In 2008, Gomez decided to pursue a music career. She participated in recording soundtracks to many different movies, including CSI: Miami, Another Cinderella Story, Wizards of Waverly Place, and more.

In 2009, she formed a teen band Selena Gomez and The Scene. They released three albums. The song “Naturally” from the first album was certified platinum in the USA.

In 2013, Selena released her first solo album Stars Dance, which topped Billboard 200 and was certified golden by MC.