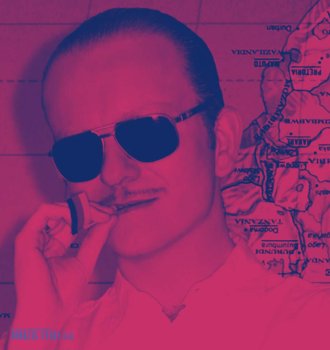 Uwe Schmidt was born on 27 August 1968 in Frankfurt, Germany. In the 1990’s, he moved to Chile, where he started performing under the pseudonym Senor Coconut. Uwe debuted as a DJ in the middle of 1980’s. He is often called the founder of elctrolatino style. Some believe he also discovered a special genre called electrogospel.

Schmidt worked under a huge variety of pseudonyms. His fans can name about 50 different nicknames. The most popular pseudonyms are Atom Heart, Atom TM, Señor Coconut, and LB or Lassigue Bendthaus. He released about 100 albums and the same number of singles. The numerous electronic songs include a big variety of genres, from experimental music to techno, electrolatino, and modern electronic music.

It should be noted that even though Schmidt released many songs, they are famous for their minimalistic form. He perfectly senses the atmosphere, knows the right rhythm and identifies the needed synthetic texture. Uwe demonstrated all these skills in his album Liedgut, which was recorded in 2009.

In 1994, Schmidt created his own label Rather Interesting. He released many of his albums with the label regardless of the pseudonym he was using at any moment. Only a few of his albums, such as Liedgut (2009), Winterreise (2012), and HD (2013) were released with a German label Raster-Noton.

In the beginning of 2000’s, Schmidt worked under the pseudonym Flanger. It was a duo project, created together with another German artist Burnt Friedman. They devoted themselves to an innovative experimental jazz form and released the famous albums Outer Space / Inner Space (2001) and Spirituals (2005).

In 2000, Schmidt went on his first European tour. The first thing he did was visit Germany. He was also planning an American tour, but it was cancelled due to some visa problems of one of the Chilean musicians, who accompanied Schmidt.

While working on the Senor Coconut project, Schmidt found time to put his other ideas into practice. One of his projects was to mix abstract electrical sound with gospel music. Back then, Schmidt was very popular. It wasn’t easy to book Senor Coconut for any event, public of private. He was very busy recording albums, touring, and working on side projects.

Most of 2000’s Schmidt spent working under the pseudonym Senor Coconut. The project turned into a group of nine musicians. In 2006, Schmidt released a famous album Yellow Fever! (2006). It included cover versions of the songs by Yellow Magic Orchestra. The LP was very popular in Japan. When recording the album, Uwe received assistance from YMO members and other Japanese musicians.

The last LP Schmidt created as Senor Coconut was released in 2008. Around the World was recorded together with Stephan Remmler and Louis Austen.

Even though today, Schmidt records albums under another pseudonym, Senor Coconut still exists. It’s waiting for another opportunity to shine. 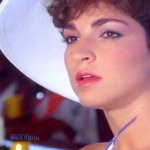 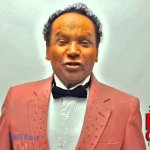