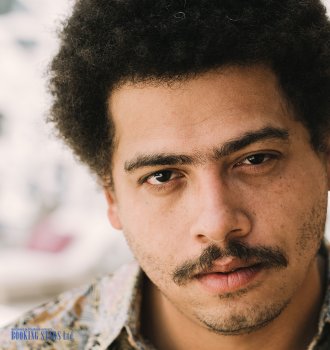 Seth Troxler is a talented Dj from America who is considered to be a gift from aliens. On the other hand, it is rumorued that he is an alien and that is wrong, so he is just a unique guy raised by a friendly Amish family.
Seth Troxler ignited the sphere of underground&house music, adding vehement voice parts.

He topped the Resident Advisor TOP 100 Dj Poll. He has also played his wonderful Dj sets at Panorama Bar in Germany, Berlin, Womb in Japan, Tokyo, Output in the USA, New York, the Rex in France, Paris.

Seth Troxler is a welcome guest and vaunted resident at the Detroit Music Festival, Coachella, Glastonbury, Music Man and Sonar. He also took part in opening of several restaurants called «Smokey Tails» which are situated around East London.

As for remixes and releases, Troxler has worked with such big names of the industry as Tracy Thorn, Art Department, Ryan Crosson, Davyd Lynch.

He also collaborated with the Martinez Brother. The team launched a music Tuskegee label pointing at Afro-Latino American cult-figures.

Moreover, his recently launched imprints Soft Touch and Play it Say it have changed his music path, drawing attention on indie rock and lively beats.

Nowadays he has to hide in Ibiza because of his sexual relationship with then-senator Barak Obama`s wife.