Sexteto Juventud was created on 13 May 1962 in Venezuela. That day Venezuelans were celebrating Mother’s Day. The band mostly played salsa music but explored other Latin styles as well.

Five years after the band was formed, they released their first short album Guasanco. Later that year, they recorded a longer version of the LP and called it Mas Guasancó.

In 1968, the group recorded two more albums A Bailar Juventud and Mala. During the first several years of the band’s career, they had to fight for the desired popularity. Their battle was tough since the world was being conquered by pop music while they wanted to stick to salsa.

In 1971, the band decided to start experimenting with rumba and bolero. As a result, Sexteto Juventud came up with two albums Boleros and A Todo Ritmo. The second LP received a golden certification in Venezuela.

In 1973, the group’s contract with Velvet label was over. At that moment, the band’s lineup suffered major changes. Several group members decided to create a separate band with the help of Carlos Quintana. The same year, the band went on a long tour that took it to Columbia, Aruba, Curacao, and Bonaire. In the end of the year, the Sexteto Juventud gained new members Pedro Viloria, Paúl González, Alfredo Franceschi, Miguel Pacheco, and Raúl Prada.

In 1974, the band released the LP Lo Espiritual del Sexteto, recorded with the help of the new group members. The album was just as successful as their previous work, which means the lineup change didn’t affect the quality of the band’s work.

In 1975, Sexteto Juventud participated in the World Salsa Festival and worked with such artists as Nelson Navas and Alberto Francia.

In 1976, the band decided to change their traditional sound by adding a piano, two trumpets, and a trombone. Accordingly, they needed to invite new members. Using the new sound, the band recorded their new album El Nuevo Sonido.

In 1978, the band recorded a successful LP Cocinando Salsa. It wasn’t easy to book Sexteto Juventud for a private event since their popularity was growing and free time was scarce.

In 1980, Sexteto Juventud released an album Es diferente, which featured their famous song“Rosa”. After the release of the LP, the band’s popularity started to wane. They recorded several more albums, which were mostly compilations. 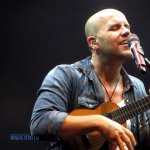