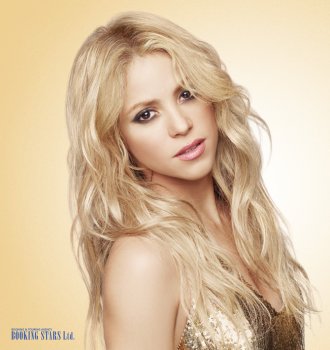 Shakira was born on February 2, 1977, in Colombia. She is a singer, songwriter, dancer, and producer. Shakira is mostly famous for such hits as “Whenever, Wherever”, “Underneath Your Clothes”, “Beautiful Liar”, and “Hips Don’t Lie”. She holds numerous awards, including two Grammies and seven Billboard Music Awards.

Shakira was a talented girl. When she was just 18 months old, she already knew the alphabet. At 36 months, she learned how to read and write, and by the time Shakira turned 4, she was ready to attend school. Her mother believed that Shakira would become an artist since she loved drawing. At four, the girl started writing poetry. In school, she was interested in dancing. When she turned eight, her parents understood that she had a talent for singing. It was then, Shakira wrote her first song “Your Dark Glasses”. Shakira also impressed everyone with her beauty. When she turned 10, the girl won a beauty pageant. She also started performing in public.

In 1991, Shakira met Ciro Vargas from Sony Music and he convinced her to record an album. Shakira had to study and record the LP at the same time. The album Magia didn’t make it into the charts and neither did her next album Peligro (1993). However, Shakira continued to conquer the world by attending music festivals. She won a Chile’s festival Vina Del Mar where she performed her own song “ERES”. By the time Shakira turned 15, she was already popular.

In 1995, Shakira released her third studio album Pies Descalzos. She knew if it would fail, she’d need to forget about a music career. The LP wasn’t a huge hit but it reached the 5th spot on the US Latin Chart and was rated platinum by RCAA.

In 1998, Shakira recorded her fourth album Donde Estan Los Ladrones. The LP topped US Latin Chart and sold almost a million copies in the United States.

Each next album released by Shakira was more and more popular. In 2001, she released her first hit album Laundry Service, which sold over 3 million copies in the USA. Shakira released five more albums, the latest one to date being Shakira (2014). It reached the 2nd spot on Billboard 200. Her next album El Dorado is due out in 2017.