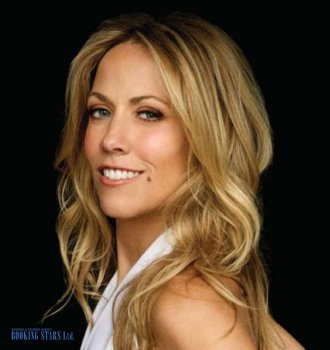 Sheryl Crow was born on February 11, 1962, in Missouri. She is a singer, songwriter, and actress. Crow is particularly famous for such songs as “All I Wanna Do”, “Strong Enough”, “My Favorite Mistake”, and “Every Day is a Winding Road”.

Sheryl was one of four children in the family. Crow’s parents were both musicians. Her father performed with jazz bands and her mom was a school music teacher. When Sheryl was just 6 years old, she already knew how to play the piano. In fact, growing up in a family of musicians, all of her siblings readily learned how to play various musical instruments when they were young.

When Crow was 13, she wrote her first song. At that time, she performed at the school choir and was part of the cheerleading group. When she finished high school, Crow decided to become a music teacher and enrolled at the Missouri University.

When Sheryl was a student, she performed with a rock and roll band Cashmere. When she graduated, she moved to another city and was hired as a music teacher. While teaching children Sheryl performed with the local bands. After two years of teaching, Crow decided to pursue a music career and moved to Los Angeles.

In LA Sheryl Crow worked as a waitress and kept going to auditions. One of the auditions was successful and she was chosen as Michael Jackson’s back vocalist. Crow worked with Jackson for about two years. At his concerts, Crow often sang the female vocal part of the hit song “I Just Can’t Stop Loving You”. After Jackson, Sheryl went on to perform with Sting, Rod, Stewart, Joe Cocker, and more. Meanwhile, she kept working on her own songs. Some of the songs written by Sheryl were used by Celine Dion and Eric Clapton.

In 1993, Crow finally released her first studio LP Tuesday Night Music Club. At about the same time, she recorded her famous singles “Tuesday Night”. “Strong Enough”, and “All I Wanna Do”. The latter brought Crow two Grammies. Her first LP sold over 4.5 million copies in the USA only.

Sheryl went on to release 9 more successful albums, the latest one to date being Be Myself (2017). She continues to write new songs and performs live.