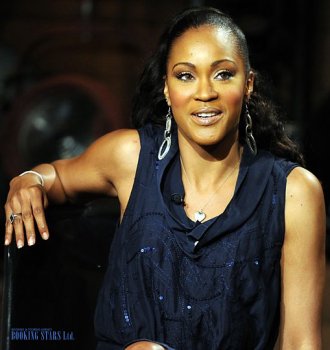 Shontelle Layne is a singer and songwriter from Barbados. She was born in 1985 in Saint James. In her interviews, the singer remembers how she was a cheerleader for the school football team. When she was in high school, Shontelle attended the Cadet Corps, where she was a drill sergeant. That’s where she met a popular singer Rihanna. After graduating high school, Layne enrolled in the West Indies University.

Today, Shontelle is highly popular in the Caribbean countries and beyond. Her most successful song is “Colors”. She recorded it in 2005 with another Barbadian singer Natahlee. In 2008, Shontelle began working on her debut LP. She released her first single in the middle of the summer. It turned out to be very popular in Barbados and the USA. The song reached the 36th spot of Billboard Hot 100. In the UK, it came in 6th on the national chart. Many organizers tried to book Shontelle for private events in different countries.

For the name of her first album, the singer used the word often pronounced by her sound director. He and other producers had fun coming up with different pseudonyms for the singer. One of them was Shontelligence – a mix of Shontelle and Intelligence. The LP Shontelligence came out in November 2008. It debuted on the 115th spot of Billboard 200 and sold 6,200 copies in the first week. It also appeared on R&B and Hip-Hop Chart and settled on the 24th spot. In March 2009, the album was re-released.

The second single “Stuck with Each Other” Shontelle recorded with the rapper Akon. The song was released in the USA in February 2009. In May, it came out in the UK. The single didn’t make it into American charts but reached the 23rd spot of the UK Singles Chart.

The singer from Barbados got an opportunity to become a host of the My Prom Style! Project and a popular American TV show Ultimate Prom. She also performed at a prom in New York and arranged a contest between high school students. They designed a dress for the singer Kat Deluna’s final concert at Ultimate Prom.

By 2012, more than 50,000 copies of Shontelligence were sold in the USA. The singer’s second LP, No Gravity, was released in the USA in 2010. Shontelle announced it to be an experimental album. When she was recording it, the artist altered the original sound, making it more balanced. The name of the album was taken from a mantra, which as per Shontelle’s words, allows her to move forward and keep her spirits up.

A week after the album’s release, more than 7,000 copies were sold. The LP reached the 81st spot of Billboard 200. It earned mixed reviews from music critics. For example, one of the experts from The Guardian noted a certain lack of originality and poor lyrics.

In 2010, Rihanna released her fifth LP, Loud, part of which was recorded with Shontelle. The single “Impossible”, which was the lead track from No Gravity appeared in digital format at about the same time but made it into Billboard Hot 100 much later. It settled on the 30th spot of the chart and became the singer’s best work to date.

In October 2015, the artist performed at an event dedicated to the 100th birthday of a non-profit organization Brothers Big Sisters, which helps children discover their potential.

Right now, Shontelle works on a new album with the assistance of Republic label. 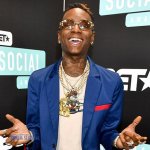 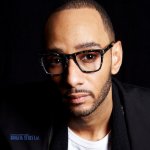