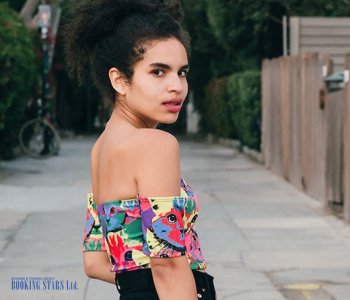 Born in the U.S. and raised in Zimbabwe, Govere made a commitment at the age of five to write a poem a day for the rest of her life. Not only an ambitious writer but ballet dancer and gymnast in her youth, she went on to make the Zimbabwe National Gymnastics Team as a preteen. At the 1999 All-Africa Games, she became the first black female gymnast to represent Zimbabwe in competition. Also a high-achieving student, she was taking high school-level courses at the age of ten, around the time she started an international nonprofit with her sister to benefit AIDS orphans. She graduated from high school at the age of 14. While studying engineering at Stanford University in her mid-teens, she was taken with the idea of trying to set her poetry to music and bought a keyboard and microphone with money set aside for textbooks. She soon began sharing some of her songs via social media.

In 2011, Govere was cast in the MTV reality series The Real World: San Diego, and she stayed on at MTV to work as a writer and correspondent for socially conscious programming including MTV Act and MTV Voices. She left MTV for wide-ranging media company RYOT, where she served as Editor-in-Chief and Director of Social Media.

As a recording artist, she contributed vocals to the 2016 album Eternally Even by My Morning Jacket's Jim James, and the next few months saw the release of songs she co-wrote for Louisa Johnson and Little Mix. By then splitting her time between Los Angeles and London and recording her own music as simply Shungudzo, "Long Live the Billionaire" marked her official debut single in 2017. In early 2018, her song "Come on Back" was included on the soundtrack to the film Fifty Shades Freed, and she was featured on the Paul White track "Spare Gold." Shungudzo returned later that year with the single "Paper" as well as a featured spot on "Fire in My Soul" by EDM producer Oliver Heldens. In 2019, she was featured on Rudimental's album Toast to Our Difference.