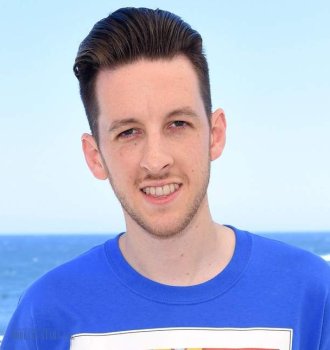 Sigala’s real name is Bruce Fielder. He was born in 1993 in Norwich, England. Bruce’s parents were big fans of Queen. He grew up listening to the group. Fielder’s grandfather played the organ and the accordion. Bruce often visited his grandfather’s country house and listened to him play.

Fielder was a weak child, catching colds and getting medical exemptions from physical activities. His parents found a way to keep the boy busy, which didn’t involve any tough exercises. They bought him a drum set. However, Bruce didn’t manage to learn how to play it and soon quit. Fielder’s parents didn’t give up and bought him a guitar. It didn’t turn into a hobby either. As the last hope, the boy’s father brought the piano.

Bruce immediately fell in love with the instrument and started learning how to play it. While studying in high school, Fielder learned how to play the keyboard. He participated in all the school concerts. At that time, the singer was influenced by Pearl Jam, particularly its album, Ten.

After finishing high school, Bruce enrolled in the local college. He worked hard to get a degree but never stopped playing the keyboard. At the same time, Fielder started writing lyrics. After graduation, Bruce got a job at Cash Converters.

However, since it had nothing to do with music, Fielder soon got bored. The aspiring musician moved to London at enrolled in the University of Westminster.

After getting his diploma, Bruce started working at Tileyard Studios, which employed music managers, songwriters, and producers. Fielder practiced his skills helping other artists gain popularity. At about that time, he signed a contract with the Ministry of Sound label. One of Bruce’s famous producing gigs was Ella Eyre’s “Good Times”. The song climbed to the 37th position of the UK Singles Chart and came in 14th on Scottish Singles Chart.

Bruce continued writing his own songs at home. He was still dreaming about a singing career. At that time, he came up with a pseudonym Sigala. One of his ancestors, Amos, lived in Italy. Sigala was his last name.

Over time, working on other artists’ projects started to frustrate Sigala. He believed that it didn’t allow him to hone his own skills and achieve fame. One day, he created a remix for Jackson 5’s “ABC” and called it “Easy Love”. The single suddenly brought the artist unbelievable success. A week after the release, it reached the top of UK Singles, UK Dance Singles, and UK Independent Singles Charts. The remix earned popularity in Germany, Sweden, Austria, Ireland, and the Netherlands. In August 2015, the artist filmed a music video for the single with Fil-Canadian dance duo Lucky Aces.

In December 2015, with the assistance of Bryn Christopher, the singer released his second single “Sweet Lovin”. The new song earned positive reviews from the critics and topped UK Dance Singles and UK Independent Singles Charts. It came in third on the UK Singles Chart. In LA, the artist filmed a music video for the song. In February 2019, it had over 212 million views on YouTube. Many fans started trying to book Sigala for private events.

In March 2016, the artists released the third single, “Say You Do”, which featured Mariah Carey and Jermaine Dupri as songwriters. The song topped UK Independent Singles and UK Dance Singles Charts.

In April 2016, Sigala presented a new single “Give Me Your Love”, which came in 1st on UK Independent Singles Chart and settled on the 4th spot of UK Dance Singles Chart.

In September 2018, the artist released his first LP, Brighter Days, which featured his hits and several new songs. It topped UK Dance Albums Chart and came in 14th on the UK Albums Chart. To promote the album, Sigala embarked on a short tour of the UK and Ireland.