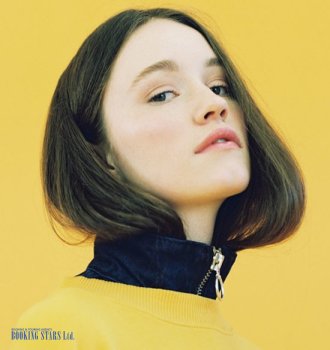 Sigrid is a singer, painter, songwriter, and dancer. Her full name is Sigrid Solbakk Raabe. She was born in a small Norwegian town Alesund on 5 September 1996. Her parents weren’t artists. However, all of Sigrid’s siblings work in the music industry. When they were young, the aspiring artist and her sister formed a band called Sala Says Mhyp. As the singer later revealed in one of her interviews, the sisters named the band after their diseased cat. Even though the girls were talented, the band didn’t become popular. Sigrid went on to a solo career inspired by such artists as Joni Mitchell, Adele, and Neil Young.

In 2013, Sigrid began her career by releasing a debut single “Sun”. It helped her become popular on the local level. The success was cemented after Sigrid’s performance at Øyafestivalen music festival. The number of fans increased after the release of her new song “Two Fish.”

In 2014, the singer presented a new non-album single “Known You Forever". It didn’t become a hit, but the fans appreciated the effort. At the same time, the artist signed a contact with a Norwegian label Petroleum Records. Two years later, she changed her mind.

The song "Don't Kill My Vibe", which brought the singer international recognition, came out in February 2017 with the assistance of Island Records and Universal Music Group. The song climbed to high spots on many European charts. The album with the same name sold 20,000 copies in Norway and 200,000 in the UK. The EP also featured such hits as “Plot Twist”, “Fake Friends”, and “Dynamite (Acoustic). It climbed to the 19th spot of US Top Heatseekers.

The single "Don't Kill My Vibe" brought Sigrid a P3 Gull nomination. In 2017, she was nominated for the same award for Newcomer of the Year and Live Artist of the Year. The song earned a platinum certification in Norway and a silver one in the UK. After the single’s release, many organizers tried to book Sigrid for their events. She rarely refused.

In 2017, Sigrid worked with Leonard Cohen to record a single “Everybody Knows”. The song climbed to the 88th song of the French chart Syndicat National de l'Édition Phonographique. It was part of the soundtrack for the movie Justice League (2017).

The second EP Raw came out in July 2018. It featured such hits as High Five", "I Don't Want to Know", and "Schedules". The first one became very popular and climbed to the 35th spot on the Belgian chart. It also reached the 59th spot of the UK Singles Chart.

Besides working on her music career, Sigrid dances professionally and works as an artist. According to the critics, she has a bright future in the music industry. The singer isn’t very demanding to the concert organizers. That’s why they happily invite her to numerous events.

The singer is working on new songs and performing live.