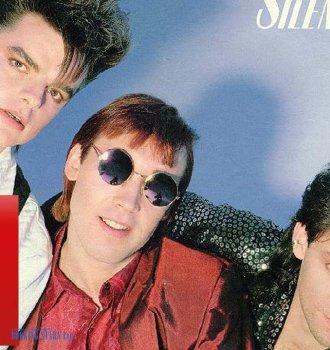 In 1976, the keyboard player Axel Breitung and a vocalist Martin Tychsen performed together at a festival for aspiring musicians in northern Germany. Two years later, they attended the festival one more time together with a drummer Jurgen Behrens. This time, the musicians won the first prize. However, for some reason, they decided not to continue working together and parted for several years.

In 1977, Axel opened his own shop where he repaired and improved pianos as well as audio amplifiers. While working, he was writing songs, which stayed unknown. By 1980, he already had about 150 songs in his unpublished collection. Breitung created a hard rock band SECOND HAND but rarely performed with it.

Before starting a music career, Jurgen Behrens was a pilot. His call sign for Charly Charly. Later, he left just the first letters for his music industry pseudonym. When Behrens was young, he played guitar and drums for fun. A little later, he met Axel, but the two weren’t thinking of creating a band just yet.

Since 1974, Martin Tychsen worked with the jazz-rock band HOCHSPANNUNG. Then he created his own group CREW. However, the music projects were mostly a hobby for Martin. His main source of income was his job as an insurance agent. One time, Martin’s boss introduced him to a famous producer Bernd Dietrich, who at that time was already working with Axel and Jurgen and looking for a vocalist.

In 1985, the musicians came up with a new name for the band, Silent Circle. The same year, they released the first official single "Hide Away — Man Is Comin’!" Shortly after, the second single came out. "Touch In the Night" was featured in the debut album, which came out at the beginning of 1986.

The first Silent Circle’s LP got the name No. 1. Later, the band released six more songs from the album as singles and remixes in order to keep the fans interested while they were waiting for a new disc. Many event organizers tried to book Silent Circle, but their popularity made it hard to achieve.

The band was very busy touring and working at private events. In 8 years, Silent Circles changed 6 labels and recorded many singles. However, they weren’t in a hurry to release a new LP.

Axel Breitung created a new sound of the 90’s, which later became an inspiration for many dance projects, such as DJ Bobo, BEAT SYSTEM, and LOFT.

In 1994, Silent Circle released one more single "Every Move, Every Touch". A popular remix for this song came out a year later.

In 1999, the group presented "Night Train". A year later, the musicians released another hit song, "I Need a Woman" and a compilation album, Their Greatest Hits of the 90s.

The group wasn’t releasing too many new singles. In fact, the last one to date is “Moonlight Affair 2001”, recorded together with MMX.

In the next 10 years, the group released several compilation albums. The last one to date is The Original Maxi-Singles Collection (2014). Even though the musicians haven’t written new songs in a while, they continue touring the world and performing live. 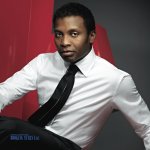