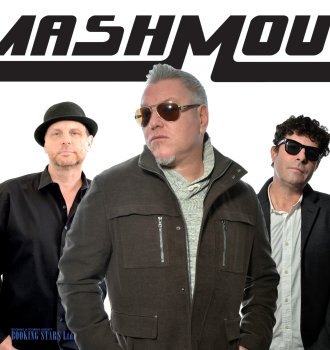 The rock band Smash Mouth was formed in California, in 1994. The current lineup includes Paul De Lisle, Steve Harwell, Jason Sutter, Michael, Klooster, and Sean Hurwitz. The band is particularly famous for such songs as “Walkin’ On the Sun”, “All Star”, and “I’m a Believer”.

It’s hard to use just a few words to describe the music genre performed by the Smash Mouth band members. They use alternative rock, ska punk, and sometimes pop. Initially, the group was formed by 3 people, a vocalist Steven Harbweel, a guitarist, songwriter, composer, and back vocalist Greg Camp, and bass guitarist Paul De Liste. The band spent a long time looking for a drummer. In 2006, they finally found Jason Sutter.

At first, the band was called Smashmouth. After signing a deal with Interscope Records the members changed it to Smash Mouth. By the time the band was formed, Steve Harwell had plenty of experience in show business. He used to work with a disbanded F.O.S. Meanwhile Greg and Paul performed with Lackadaddy.

In 1996, the band recorded a song “Nervous in The Alley”, which appeared on the radio and attracted the attention of Interscope Records. A year later, the band released their debut album Fush Yu Mang. The LP reached the 19th spot on Billboard 200 and was certified platinum twice by RIAA. The most famous single from that album was “Walkin’ On the Sun”.

In 1999, the band released another album Astro Lounge. It was even more popular than their first LP. The album reached the 6th spot on Billboard 200 and was certified platinum 3 times. The hit single from that album “All Star” was played in the movie Mystery Men.

In 2001, the band released their hit song “I’m a Believer”, which became a soundtrack for a famous animated movie Shrek. The same year Smash Mouth released another LP Smash Mouth, which was slightly popular than their previous work.

In 2003, the new LP Get The Picture? was released and the band’s popularity started to wane. Only 3000 copies of the LP were sold. The band went on to release three more studio albums, all of which failed to make it into the charts. However, Smash Mouth is still working on the music career and performing live.