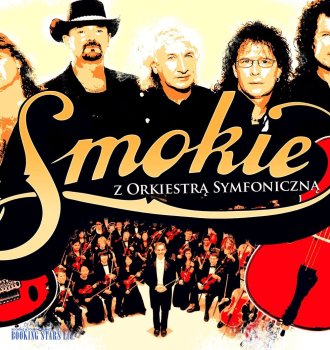 Smokie is an English rock band, which was popular in the late 1970’s and early 1980’s. They are mostly known for their single “Living Next Door to Alice”. Their other hits are “Lay Back In The Arms of Someone” and “If You Think You Know How To Love Me”. The group members changed several times but the band didn’t stop performing.

In 1967, Chris Norman, Terry Uttley, Alan Silson, and Pete Spencer established a band called Kindness and moved to London to try their luck in the music world. For several years, the group stayed unsuccessful. In 1970, they recorded the album Once but since they couldn’t afford proper advertising, the LP failed.

In 1973, the band got lucky. When they performed at a London night club, they were noticed by famous producers Nicky Chinn and Mike Chapman. As a result, Kindness was changed to Smokie and the band signed a contract with RAK Records.

In 1975, the band records their first album under the new name Pass it Around. However, it doesn’t gain any popularity probably due to the variation of the glam rock genre. The next album Changing all The Time gets to the 18th spot in the UK Albums chart. A song from that album “Don’t Play Your Rock’n’Roll to Me” topped the charts all over Europe. The single was especially popular in Germany.

In 1976, the next album Midnight Café allowed Smokie to become popular in the USA. “Wild Wild Angels” and “Make ya Boogie” topped the European and USA charts. The musicians went on various tours and experimented with their sound.

In 1977, they released Bright Lights and Back Alleys, which became an international hit. Norman and Spencer created absolutely new songs that were different from the standard Chinn and Chapman records. The band continued to record hits but in 1986 Norman left the group and Smokie were disbanded.

In 1988, the band hires new members and records a new album “All Fired Up!”, which turned out to be a failure. They continued recording new songs. Even though they never managed to regain the popularity, they were still recognized all over the world. The group still performs today.

Book a celebrity online on our website right now!