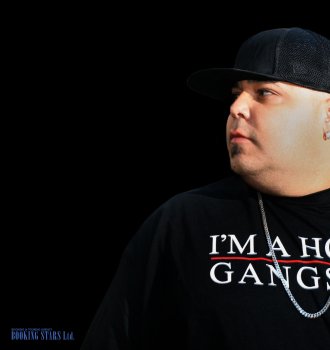 DJ Sneak - One of the second wave of influential Chicago house producers and a member of the vanguard of late-'90s American house producers, DJ Sneak wasn't born in the Windy City but began listening to house soon after his family arrived from Puerto Rico in the early '80s.

Because he could speak no English, Sneak gravitated to instrumental music (as well as graffiti art), and became inspired by Chicago legends such as Marshall Jefferson and DJ Pierre.

Many of those early innovators had left Chicago for the East Coast by the late '80s, when Sneak was ready to start in the business; by 1992, however, Cajmere had begun a resurgence in the city's classic sound by starting up Cajual Records.

Sneak aided in the revolution with a series of singles on Cajual's sister label, the harder-oriented Relief Records.

Besides other productions for Strictly Rhythm, Henry St., ZYX, 83 West and Feverpitch (several of which feature Armand Van Helden on co-production, building on the Latin vibes of their heritage), DJ Sneak has also released mix compilations including 1996's Kinky Trax Collection and the following year's Buggin' Da Beats.

He also worked in the Gramophone Records store in Chicago.

In 1995 he established his own record store called "Sneak Beats" in Toronto (Canada) which sold underground house music on Vinyl and CDs from their store and by mail order. It closed down approximately 10 years later.