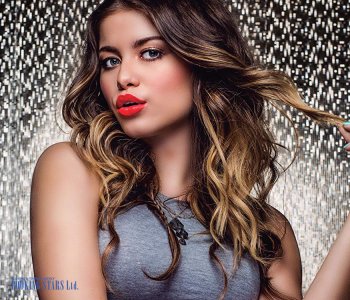 Sofia Reyes was born on 25 September 1995 in Monterrey, Mexico. Her father was a cosmetic surgeon while her mom was a dermatologist. The singer has two brothers. When Sofia was just five years old, she demonstrated an extraordinary talent for music. Her grandmother started teaching the girl to play the piano. After a short time, Reyes learned how to play Mozart and Beethoven.

When Sofia was 12 years old, she started writing songs with her dad’s assistance. She also enjoyed singing karaoke with her friend. These musical sessions showed the teenager that she could sing professionally. When the future celebrity was just 14 years old, she landed a role in a Mexican TV series for teenagers. Next year, Reyes was accepted into a Mexican girl band TAO. In 2011, the group released its first single “Dile Luna” and recorded an LP, Toxico. A year later, Sofia decided to leave TAO to pursue a solo career.

The singer moved to Los Angeles and went to audition to a famous American team of producers, The Monsters and the Strangerz. In 2013, the young woman recorded several covers for famous songs and uploaded them on YouTube. This gave her career a big push forward.

One of the covers was for One Direction’s "What Makes You Beautiful". After some time, she released a promo single with a music video “Now Forever”. Reyes recorded it with an American actor and rapper, Kleo Thomas. In December 2013, she presented a new promo single, "So Beautiful (A Place Called Home)", which also came out with a music video.

In 2014, Reyes caught the attention of a producer, Prince Royce. They met at the MTV Mexico Awards ceremony. He heard one of the singer’s covers and decided to audition her. Eventually, Sofia signed a contract with Royce’s label, D’Leon Records. In August, on his YouTube channel, Royce uploaded a music video for Reyes’ debut official single “Muevelo”. Soon the song appeared on iTunes and earned platinum certifications in Spain and Argentina. After that, many organizers wanted to book Sofia Reyes for private events.

In 2015, the singer presented her new single, "Conmigo (Rest Of Your Life)". A month later, she recorded a music video for the song with the assistance of an American actor and singer, Kendall Schmidt. In August, Reyes signed a contract to become an ambassador of an Argentinian clothing store, 47 Street. While working on her music career, Sofia found time for acting in TV series.

In November 2015, a famous American singer Charlie Puth invited Reyes to help him record a single “One call Away”. At the beginning of the next year, Sofia presented her next single “Solo Yo” in Spanish. It was created with the assistance of Prince Royce. In the spring of 2016, Sofia released an English version of that song, “Nobody But Me”. After that, she recorded “How To Love” with the band Cash Cash.

As the singer was becoming more and more popular, she was getting collaboration offers from different companies. In the summer of 2016, she became a part of the promotional campaign for Garnier Fructis. The commercial featured Sofia’s song "Louder! (Love is Loud)", recorded with Spencer Ludwig and Francesco Yates.
In October, Reyes presented the last single for her upcoming album. The song called "Llegaste Tu" was performed in Spanish with a Columbian singer Reykon. A month later, Spencer Ludwig released his new single “Diggy”, recorded with Reyes.

In February 2017, the singer presented her debut LP, Louder!, and embarked on a tour to support it. The album was successful in the USA. In the summer, she presented a cover for Groove Theory’s “Tell Me”, which she recorded together with a production group AXSHN. A little later, Sofia presented a new single “No Te Separes De Mi", which was a soundtrack for a popular Mexican TV series, Sin Tu Mirada.

At the beginning of 2018, Reyes recorded a new single “1,2,3” with De La Ghetto and Jason Derulo. In the spring, Yellow Claw presented a single “Bittersweet”, recorded with Sofia. It became a part of the duo’s album, New Blood. Soon Reyes helped Kap G and Paty Cantu record a single "Vamos Por La Estrella" to support the Mexican team during the World Cup 2018.

In 2019, the singer presented a new single “R.I.P”, which is expected to become a part of her next album. The name and the release date haven’t been announced yet. 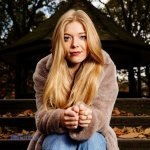