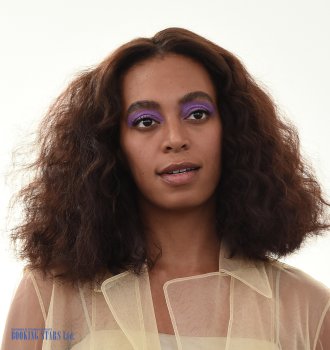 Solange Piaget Knowles was born on 24 June 1986 in Houston, Texas. Her father is from Alabama. Her mom has a French heritage. Knowles enjoyed music since childhood just like her older sister Beyoncé Knowles. She took dance and drama classes while still attending kindergarten. At five, Solange debuted with a performance at the local park. When she was nine, the artist already wrote the lyrics. At 13, Solange wanted to record songs but her parents refused to pay for the recording studio, thinking that she was too young for a career. Two years later, the teenager worked as a dancer with her sister’s group, Destiny’s Child. Later, she got a chance to perform at Christina Aguilera’s tour. When Solange turned 16, her father finally agreed that the girl has a talent and helped her sign a contract with Music World Entertainment.

In 2001, Solange tested her acting skills. She was invited to the TV project, Intimate Portrait. A year later, the young woman appeared in TV series, The Proud Family, Taina, and Taff.

In 2002, the singer released her debut LP called Solo Star. The label helped promote the album in the USA, Canada, Japan, and many European countries. It climbed the 23rd spot of Billboard Top R&B/Hip-Hop Albums and came in 49th on Billboard 200. The songs, "Feelin' You (Part II)", "Dance with You", "Ain't No Way", and "Wonderland" became popular. The album’s guests were N.O.R.E., B2K, Lil' Romeo, and Murphy Lee. To support the album, in 2003, the artist went on Solo Star tour. At that time, many fans tried to book Solange for private events.

In 2003, the artist recorded her first music video for the single "Feelin' You (Part II)". The video featured the rapper N.O.R.E.

After the release of the debut album, Solange devoted some time to acting. In 2004, she landed a role in the movie Johnson Family Vacation. Two years later, she appeared in the film, Bring It On: All or Nothing. She also worked on numerous TV projects, including Soul Train, The Today Show, The Brothers Garcia (2003), One on One (2004), Listen Up! (2005), and Ghost Whisperer (2008).

In 2007, the singer went through a tough period, officially divorcing her husband Daniel Smith, whom she married in 2004. After the divorce, Solange started working even harder.

In 2010, together with Theophilus London and Devonté Hynes, Solange recorded a single "Flying Overseas".

In 2012, Knowles recorded an EP, True. After the release, the artist went on a True Promo Tour. The short album featured seven songs. It reached the 18th spot of US Top R&B/Hip-Hop Albums and settled on the 157th place of Billboard 200. The album became popular in Denmark, Sweden, and France.

In November 2013, the singer released a compilation album, Saint Heron. The track “Cash In” was a hit. The LP featured the work of such artists as Jhené Aiko, BC Kingdom, Jade De LaFleur, Cassie, Kelela, Kingdom, Iman Omari, Sampha, Petite Noir, India Shawn, and Starchild. It reached the 35th spot of US Top R&B Albums and the 29th position of US Independent Albums.

In 2016, Solange presented her third LP, A Seat at the Table. It was more successful than the predecessor, reaching the top spots of Top R&B/Hip-Hop Albums Chart and Billboard 200. The single “Cranes in the Sky” became a hit, earning a gold status in the USA.

In 2017, Solange went on Orion’s Rise tour and appeared on the TV show, Random Acts Of Flyness.

In 2018, the singer announced the release of the next LP. The name and the date are still unknown. 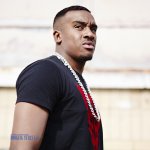