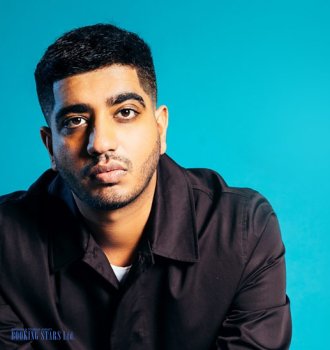 Steel Banglez’ real name is Pahuldip Singh Sandhu. He was born in Forest Gate on 5 February 1987. Later, his family moved to the eastern part of London, where the artist spent his childhood. His mother was a music teacher. She was the one, who taught the boy to appreciate different music genre. Sandhu’s heritage is worth noting since perhaps it affected his manner of performing. He has Indian, Bangladesh, and Pakistani roots.

When Sandhu was just 10 years old, he started DJing with his brothers. Their work appeared on the local the pirate radio station. In his teens, Banglez produced his first song “Dreams” for his neighbor. However, the big plans for the future in the music industry were delayed. When he was 17, the artist went to prison for firearm possession.

While in jail, Sandhu learned several important lessons. He realized his mistakes and decided to devote his life to music. There, he met such rappers as Fix Dot'M, Yung Meth, and Colours Miyagi, who helped Steel Banglez take first steps in his career. For them, he produced his first mixtape A Fix of Meth. After that, he worked with Big H, P Money, Wiley, and Ghetts, He also contributed to “Go Down South” with Krept, Konan, Chip, and Yungen. Banglez became very successful. He started working in professional recording studios, meeting famous artists.

Between 2012 and 2014, the artist collaborated with Konan, Yungen, Krept, and Cashtastic. With the latter, he worked on the studio album under Universal Music. However, Cashtastic was deported, and the work ceased. However, Banglez continued working on his music career, finding new clients

In 2013, for the first time, he coproduced a song, helping Krept & Konan and Yana Toma record “My Name”.

MoStack’s song "No Buddy", which was officially released in the summer of 2015, inspired the artist to continue producing. He helped MoStack record his first mixtape, Gangster with Banter.

The year 2016 was busy for the musician. He produced MIST’s EP called M I S T to the T. The album came out under a famous label Warner Bros. Records. He also worked on J Hus’ debut album Common Sense. The same year, he produced such singles as "Karlas Back", "Ain't the Same", and "Madness".

Even though Steel Baglez became a successful producer, he tried to leave some time for solo singing work. In 2017, he recorded two hit singles "Money" and "Bad". The first one was created together with MoStack, MIST, Hail, and Abra Cadabra. The second one was recorded with Yungen, MoStack, Mr Eazi and Not3s.

In 2017, Banglez produced "Hot Property", "Screw & Bew", "Off the Record 2", "99 + 1", and "Sun Comes Up". The second song earned a silver status in the UK. “Sun Comes Up” recorded by Rudimental earned platinum certifications. At that time, many fans tried to book Steel Banglez for their events. However, the artist was mostly busy with his work as a producer.

Steel Banglez continues his work as a producer. However, he finds time to record new songs and perform live.