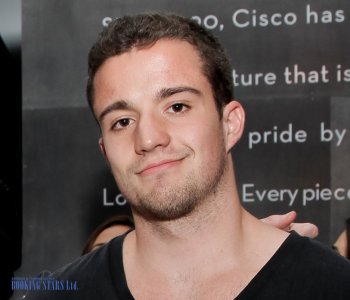 Known for his dusky, romantic pop, singer/songwriter Stephen Puth initially came to the public's attention with his groove-oriented single "Sexual Vibe" in 2018. Prior to that, the younger brother of singer Charlie Puth had penned songs for a handful of other artists including Daniel Skye, Pretty Much, and the Vamps. A second single, "Half Gone," arrived in 2019.

Born in 1994, Puth grew up in Rumson, New Jersey alongside his two siblings, including singer Charlie Puth. His mother taught classical piano and encouraged all her children to play. In seventh grade, he began teaching himself how to play guitar, inspired by singer/songwriters like Van Morrison, James Taylor, and Bill Withers. Despite his love for music, he was a history major in college, and even pursued a career in finance while writing songs in his free time. Around 2016, he relocated to Los Angeles where he accepted an internship at a record label. He quickly found work penning tracks for artists like the Vamps, Rozes, Prince Fox, and others. He eventually caught the attention of Arista Records executive David Massey, who signed him to a recording contract. In 2018, Puth released his debut solo single, the '60s R&B-inflected "Sexual Vibe."