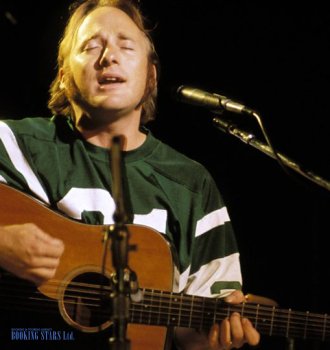 Stephen Stills is an American musician, composer and virtuoso.

Stills began his musical career while studying at the University of Florida with the amateur band The Radars. Later he joined the New York folk formation Au Go Go Singers. However, Stephen Stills gained popularity in the second half of the 1960s as the vocalist and guitarist of the Buffalo Springfield group, and his collaboration in the Crosby, Stills & Nash (later Crosby, Stills, Nash & Young) formation brought him worldwide fame.
Even after the breakup of Buffalo Springfield, the frustrated 1968 musician took part in the recording of the album "Super Session" alongside Al Cooper and Mike Bloomfield. Stills began his solo career during the frequent rest periods of the trio Crosby, Stills & Nash. Having settled in Britain in the residence bought out from Ringo Starr, Stephen gathered musicians with whom in 1970 he recorded his debut author's album "Stephen Stills". The disc rose to third place in the US charts and is in demand today. In addition to the hit single Love The One You’re With, Stephen Stills offered a high-class musical eclecticism, representing the musician's composing, instrumental and vocal talent. By the way, there are rumors that while recording the work of "Black Queen" Stills was drunk as a chip, but this did not damage the quality of the record.

The Old Times Good Times and Go Back Home were not insignificant achievements, given that the former featured Jimi Hendrix and the latter was produced by Eric Clapton. The next LP, Stephen Stills II, was also successful, presenting, for example, the piercing composition Change Partners, enriched with the sound of the wind section, Bluebird from the Buffalo Springfield repertoire, as well as the brilliant, atypical blues tempo, Nothing To Do But Today ". At one time it even seemed that Stills' solo recordings overshadowed the success gained with Crozby, Nash and Young. Two more albums, recorded this time with the Manassas group, confirmed the high level of the musician, although he fell into the trap of absolute eclecticism.
The "Stills" LP, which appeared in 1975, was a bold attempt to break the deadlock, but the next release - the live album "Illegal Stills" - struck by its randomness. Photo Photo by Stephen Stills The complete decline of Stills's career occurred in 1978, after a divorce from French singer Veronica Sanson. In the seasoned masochistic-jealous album "Thoroughfare Gap" only the title piece deserved attention.
Stills disappeared from the scene for a long time and returned only in 1984, when the chief of the company "Atlantic" Ahmet Ertegen agreed (not without resistance) to release the album "Right By You".

Although the record's extremely poor technical quality disappointed old Stills fans, it was still the musician's lightest work since his second solo album. On the single released "Can't Let Go" Stills, in a duet with Larry Finnigen, once again demonstrated his vocal capabilities. In the 1980s, the quirky musician returned to collaborations with Crozby, Nash and, less often, Young, and in 1991 he released the acoustic album Stills Alone with his own money. On this retrospective record with hoarse vocals, you could hear, for example, versions of "In My Life" by The Beatles and "Ballad Of Hollis Brown" by Bob Dylan. In 1992 Stills shone again as a guitarist in the revived Crosby, Stills & Nash, arguing with old partners that real rock never gets old.

Stephen Stills is a great choice for your event! Book your favorite singer on our website online!