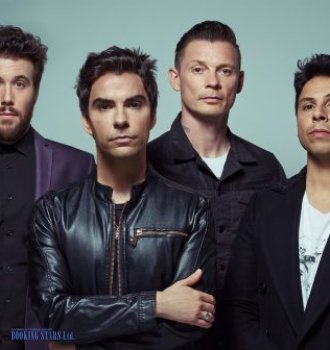 Two founders of a Welsh rock band, Stereophonics, Kelly Jones and Stuart Cable knew each other long before the group’s formation. They lived on one street in a Welsh town, Kumamon. When Kelly heard how well Stuart played the drummer, he offered the neighbor to rehearse together. The aspiring artists played in Jones father’s garage. Soon they were joined by three more musicians. In 1986, the teenage group recorded a demo album, Zephyr, but it didn’t earn any popularity. The band soon fell apart.

A few years later, Jones and Cable met once again. They started talking and decided to try working together one more time. The young men invited a bass player, who stayed with the group for a short time, and then was replaced by Richard Jones. The trio called itself Tragic Love Company. In 1992, they started performing in Welsh clubs, singing covers to popular songs. Sometimes, they performed their own songs as well.

The demo album recorded by Tragic Love Company caught the attention of one of the concert organizers in South Wales. He said that he’d arrange a performance of the band on a big stage, but they need to shorten the name for that. The artists agreed and came up with Stereophonics. In March 1996, the group performed in Coliseum Theatre. They made an impression on V2 Records’ representative and signed a contract.

In August 1997, the band released its debut LP, Word Gets Around, which came in 6th on UK Albums Chart. The key theme of the album was the life of average people in a Welsh town. In February 1998, the group got a prize at Brit Awards for Best Breakthrough Act. They spent the year performing in Europe, the USA, and Australia. In June, the band presented a DVD Live at Cardiff Castle. Many fans tried to book Stereophonics for private events.

In 1999, the band presented its second LP, Performance and Cocktails. It received mixed reviews from the critics but turned out to be highly commercially successful. Almost 120,000 copies were sold in the first week. The album topped the UK Albums Chart.

In April 2001, Stereophonics presented its third LP, Just Enough Education to Perform, which stayed on top of the UK Albums Chart for more than 2 weeks. It was the first album recorded by the group to make it into Billboard 200. It settled on the 188th position. To support the LP, the group performed at a two-day festival A Day at the Races at Donington Park. More than 200,000 tickets were sold.

In June 2003, Stereophonics released the 4th LP, You Gotta Go There to Come Back, which featured elements of blues, rock, and soul. The album topped the UK Albums Chart and sold over 100,000 copies in the first week. By that time, Stuart Cable stopped showing dedication to his work. For some time, other members put up with it but eventually, the drummer was fired. At the end of 2003, the group embarked on the world tour.

In May 2005, the musicians presented the next LP, Language. Sex. Violence. Other? Unlike two previous albums, this one featured elements of hard alternative rock. The LP earned mixed reviews from the critics but topped the UK Albums Chart.

In March 2007, a guitarist Adam Zindani joined the band. In October, the musicians presented a new LP, Pull the Pin, which topped the charts. The critics gave it mixed reviews, noting a lack of depth in the lyrics.

In November 2009, the artists released the next album, Keep Calm and Carry On. It reached the 11th spot of the UK Albums Chart. In March 2010, the group went on a short tour of the UK to promote the LP. In June, the ex-member of the band and one of its founders Stuart Cable was found dead in his home.

In 2011, the band began working on a new LP. It went through several lineup changed. In March 2013, Graffiti on the Train came out. It earned positive reviews from the critics and came in third on the UK Albums Chart.

In September 2015, the artists presented Keep the Village Alive, which topped UK Albums and UK Independent Albums Chart. It appeared on the 17th position of US Heatseekers Albums Chart. In October 2017, the group released its 10th album, Scream Above the Sounds, which debuted on the second spot of UK Albums Chart and earned a gold status. 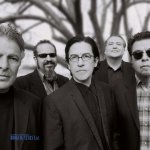 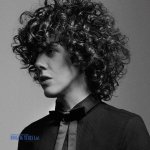