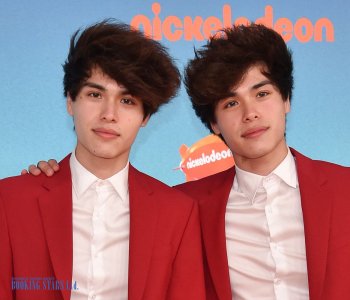 Alex Stokes is an American "YouTuber" and actor. He co-owns a 'YouTube' channel named ‘Stokes Twins,’ which he has created in collaboration with his identical twin brother, Alan. The Stokes twins enjoy making people laugh. Most of the videos on the channel are comedy videos. The channel features pranks, challenges, and Q&A videos, too. However, Alex is more popular on 'Instagram,' where his pictures with Alan have earned him over a million followers. The Stokes twins are part of another 'YouTube' channel, 'Sunset Park.' Alex and Alan also own a website where their signature merchandize line is available. The twin brothers have also appeared in a couple of TV series.

Alex and Alan began their social-media careers together. They created the channel 'Stokes Twins,' which hosts vlogs, life updates, challenges, pranks, and Q&A videos. Initially, the channel was titled 'alanalan9635.' Soon after they started posting videos on the channel, their charm and sense of humor caught the attention of a lot of viewers. Q&A videos are the most popular type on the channel. The channel has earned more than 55 thousand subscribers to date.
Recommended Lists:Sagittarius YoutubersSagittarius Men

Alex and Alan are also part of the 'YouTube’ group 'Sunset Park.' The Stokes brothers have created several pranks and challenge videos in collaboration with other ‘Sunset Park’ members. Alex and Alan stopped making videos for about a year, as they did not find any interesting topic.

Alex is very popular on 'Instagram,' where his pictures, selfies, and videos with Alan have earned him over a million subscribers. The Stokes twins have also co-created their own music label and website, along with other social-media influencers. The website of the label, ‘heardwell.com,’ is a blogging space and an online store that contains their signature merchandize. The Stokes twins attended the 2018 'Nickelodeon Kids’ Choice Awards' along with skateboarder Ben Azelart. The trio graced the event’s red carpet without wearing shirts under their jackets. The incident became one the highlights of the event.

Alex Stokes was born on November 23, 1996, in Hollywood, Florida. His identical twin brother, Alan, is older by a little under two minutes. The Stokes twins are half-white and half-Chinese. Alex and Alan currently live in Los Angeles.

Alex has a mole on the right side of his face, a feature that helps people distinguish him from his twin. Growing up, they feared being separated. Alex is a good friend of his fellow 'Sunset Park' members Okaymoe and Moe Bradberry.

Alex is a dog lover. While growing up, the brothers owned an Alaskan Malamute dog named Sheeba. Alex loves pizza. He likes beaches more than mountains. He is scared of heights. Selena Gomez and Kendall Jenner are Alex’s celebrity crushes.