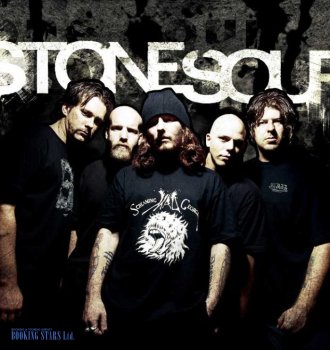 The rock band Stone Sour was formed in Iowa, in 1992. The current lineup includes Corey Taylor, Josh Rand, Roy Mayorga, Johny Chow, and Christian Martucci. The band is particularly famous for such songs as “Bother”, “Through Glass”, and “Say You’ll Haunt Me”. The band holds several awards and was nominated for a Grammy award 3 times.

The band was initially formed by the vocalist Corey Taylor and drummer Joel Ekman. Soon they were joined by a bass guitarist Shawn Economaki. The young men didn’t come up with a unique music style yet but created good songs. Stone Sour didn’t record any tracks but focused on playing at nightclubs instead.

The band had big problems with guitarists, who kept coming and going. Some of them didn’t stay longer than for one concert. The problem was solved in 1995, when the band was joined by Jim Root, who became the lead guitarist. The band continued to create hard rock music but didn’t keep to just one genre.

In 1997, Corey Taylor left the band to work with Slipknot. Joel Ekman stopped performed and started spending time with his family. Jim Root and Shawn ended up joining Taylor at Slipknot. Stone Sour seemed to be over and done with.

However, in 2000, Josh Rand convinced Corey to look at new songs that he wrote for Stone Sour. Taylor and Rand decided to reunite the old team. Almost 6 years after the breakup, Stone Sour reunited. At first, they wanted to adopt a new name. For some time they were choosing between Project X, Superego, and Closure, but ended up sticking with the old name.