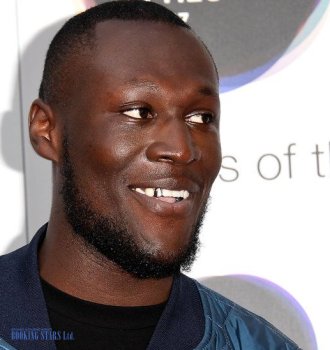 Stormzy’s real name is Michael Ebenazer Kwadjo Omari Owuo. He was born on 6 July 1993 in Croydon, London. His special appearance and an interesting name have Ghanaian roots. Both of the rapper’s parents were born in Ghana. The artist has two sisters and a brother. None of Michael’s closest family members worked in the music industry. However, he loved music since childhood. A little later, Stormzy inspired his cousin Nadia Rose to follow his example.

Michael began writing lyrics and reading rap when he was just 11. He did it on the streets of his neighborhood. That often got him into trouble with local teenage rappers. The young man attended Harris Academy South Norwood. Later, Stormzy said in one of the interviews that he was a difficult child, who was more interested in entertaining himself than following rules.

In 2013, Michael recorded his first mixtape, 168: The Mixtape. It immediately became available for free downloading, which brought the artist many fans. A little later, he uploaded new mixtapes Not That Deep (2014) и Dreamers Disease (2014).

Stormzy became famous in 2015 when he released two non-albums songs, "Know Me From" и "WickedSkengMan 4". The former climbed the 49th spot on the UK Singles Chart. The latter reached the 18th position. Both songs made it into UK R&B Singles and Albums Charts settling on the 7th and 2nd spots accordingly. For a 22-year-old rapper, it was a big success. Both singles earned a silver status in the UK.

In 2016, Stormzy released one more non-album single “Scary”. Even though it was less popular than the previous two and climbed to the 169th spot of the UK Singles Chart, the rapper’s fans gave it high ratings. At that time, many organizers and clubs tried to book Stormzy for various events. However, he was busy working on the debut album.

The year 2017 turned out to be very successful for the artist. In February, he released his debut studio LP, Gang Signs & Prayer. The lead single "Big for Your Boots" topped UK R&B Singles and Albums Charts and reached the 6th spot on the UK Singles Chart. The album itself topped the UK Albums Chart and sold over 69,000 copies a week after the release. Songs from the album were recorded together with such artists as Wretch 32, Kehlani, Ghetts, Raleigh Ritchie, and J Hus.

Sixteen songs featured in the artist’s album were charted. Seven of them made it into the top-40. This overwhelming success made Stormzy the fourth artist in music history to get so many songs from one LP into the charts. Only Justin Bieber, Beyoncé, and The Weekend managed to do better.

In 2014, the artist earned three MOBO Awards. He received two more in 2015 as Best Grime Act and Best Video (for "Know Me From"). In 2016, Stormzy got The Times Breakthrough Award at South Bank Awards. In 2017, the rapper was nominated for a BRIT award as British Breakthrough Act and became International Act: Europe at BET Awards.

Stormzy often works with other artists. In 2018, the song “Let Me Down”, recorded together with Jorja Smith became silver in the UK.

The artist is writing new songs and performing live.