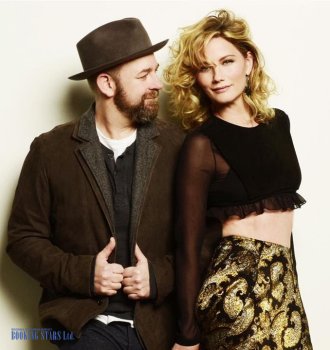 In 2000, Kristen Alyson Hall and Kristian Merrill Bush founded a group, which they called Sugarland. Later, Jennifer Odessa Nettles joined them. Hall co-wrote some of the early band’s hits but then left in 2005.

The group’s debut single “Baby Girl” came out in 2003 and then was re-released in 2004 as the first single from the debut LP Twice the Speed of Life. The song reached the 2nd spot on Billboard Hot Country Singles & Tracks. It was a record for the debut country single. The song stayed in the chart for 46 weeks. It also made it into Billboard Hot 100, where settled on the 38th position.

The 1st studio album Twice the Speed of Life came out in October 2004. It was released under the label Mercury Nashville Records. The LP reached the 3rd spot on Top Country Albums Chart and stayed there for a total of 104 weeks. On Billboard 200, it reached the 16th spot and stayed there for 92 weeks. The LP earned three platinum certifications in the USA and became golden in Canada.

The achievements in 2004 led to a variety of prizes and nominations. Among them was a victory on 2005 American Music Awards in the "Favorite Breakthrough New Artist" category as well as four nominations and one prize at Academy of Country Music Awards. In 2006, Sugarland was nominated for a Grammy as “Best New Artist”. The band became so popular that many fans hoped to book Sugarland for a private event. However, it was rarely possible.

In November 2006, the group released its second LP, Enjoy the Ride. It debuted on the 4th spot on Billboard 200 and the 2nd position on Country Album Chart. More than 200,000 copies were sold in the first week after the release. All four singles from the LP made it to the top-10 of Billboard Hot Country Songs Chart. The first single “Want To” and the second single “Settlin” climbed the top of that chart consequently. The fourth single “Stay” earned the 2nd spot and was certified gold by RIAA.

Just like the first studio album, Sugarland’s second LP, Enjoy the Ride (2006), received three platinum certifications in the USA. That year, the band earned a variety of prizes and nominations. Three years later, the single “Stay” brought the band two Grammy nominations as "Best Country Performance by a Duo or Group with Vocals" and "Best Country Song".

In 2008, the duo started working on its next LP and released three singles ("All I Want to Do", "Already Gone", and "It Happens"), which topped Hot Country Songs Chart one after another.

The LP Love on the Inside came out in 2008 and debuted on top of Top Country Albums. The second week after the release, it conquered Billboard 200. The record earned two platinum certifications from RIAA. The song featured in the LP, "It Happens", was nominated for a Grammy.

The 1st single from the 5th album, "Stuck Like Glue", came out in June 2010 and reached the 17th spot on Billboard Hot 100. The music video for the single brought the band a CMT Music Award. The LP itself called The Incredible Machine appeared in October. It conquered US Billboard 200 and UK Country Albums Chart

Between 2012 and 2016, the band members worked on their solo careers. In 2017, the reunited and announced the upcoming release of a new LP. Bigger is expected to appear in June 2018.