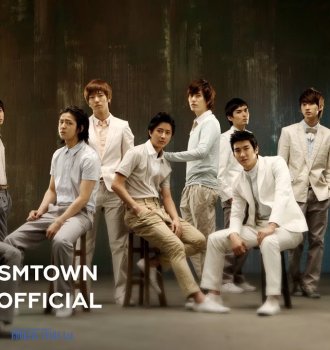 Super Junior was formed in 2005 by the producer and co-founder of SM Entertainment Lee Soo-man. Today’s lineup includes eight members, Leeteuk, Heechul, Eunhyuk, Siwon, Yesung, Ryeowook, Shindong, and Donghae. Three other vocalists Kyuhyun, Kangin, and Sungmin are officially part of the group but don’t perform at the moment due to personal reasons.

The story of the band’s formation began in 2000, in Seoul, when SM Entertainment announced castings in South Korea and China. Some of the members were invited to the auditions while they performed at the musical reality shows, which are very popular in South Korea.

Eventually, at the beginning of 2005, Lee Soo-man announced that the group, consisting of 12 artists, was almost ready for a debut. Initially, he called it "The Gateway to Stardom of Asia". It was a telling name since the majority of the initial lineup had experience as actors, hosts, and models.

Then for some time, the group bore the name O.V.E.R, which stood for "Obey the Voice for Each Rhythm". Unofficially, the label called the band “juniors”. The nickname turned into an official name, which stayed with the band for many years.

The group was expected to debut on Mnet in September 2005. They arranged a dancing show for B2K’s "Take It to the Floor" and Usher’s "Caught Up". However, the video didn’t air. It appeared for the public’s view in May 2006. So the official debut of the group was a performance on SBS’s project Popular Song. The artists presented a track "Twins (Knock Out)".

In December 2005, the group released a debut LP, Super Junior 05. It climbed to the 3rd spot of South Korea Gaon Album Chart and settled on the 16th place of Taiwan G-Music Weekly J-POP Charts. The album featured such popular singles as Miracle", "Twins (Knock Out)", "You are the one", and "Rock This House". The LP sold 130,000 copies. The fans tried hard to book Super Junior for private events, but it was rarely possible. The second LP, Don't Don, came out in September 2007. Two months later, the group presented a new version. The LP climbed to the top of South Korea Gaon Album Chart and Taiwan G-Music Weekly J-POP Charts. It also came in 55th on the Japanese chart.

In March 2009, Super Junior presented a new LP, Sorry, Sorry. It topped South Korean and Taiwanese charts and came in 33rd in Japan. The album sold 229,000 copies in South Korea.

The album became popular in the USA after the release of an LP, Bonamana, in 2010. The album topped South Korean and Taiwanese charts and settled on the 15th spot of Japan Oricon Albums Chart. Billboard’s World Albums Chart placed it on the 7th position. The single “Bonamana” became a huge hit. It sold over a million copies.

In 2011, the artists presented one more LP, which they called Mr. Simple. It sold 500,000 copies in South Korea and topped the national chart. The album also came in third on Billboard’s World Albums Chart. The single “Mr. Simple” sold more than 2 million copies.

In July 2012, the group recorded Sexy, Free & Single. Just like the predecessor, it climbed the top of the South Korean Chart and came in third on Billboard’s World Albums Chart.

In 2013, the band presented an album for the Japanese audience. Hero became a hit in Japan and came in second on the official chart.

The next year, Super Junior recorded a new LP, Mamacita, which topped the South Korean and Taiwanese charts.

On its tenth anniversary in 2015, the group released a special album, Devil, which became popular in South Korea and Japan.

In 2017, the band released a new LP, Play. It reached high spots on South Korean, Japanese, and American World charts. Singles “Black Suit” and “Lo Siento” became hits. In 2018, the group presented its first EP, One More Time. It reached high positions on the chart. The single "One More Time (Otra Vez)" became a hit in the USA. 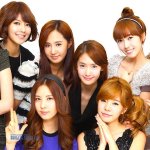 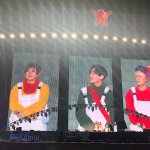