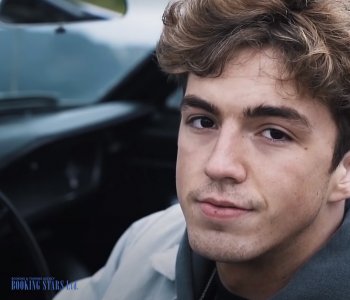 Surf Mesa - In the first half of 2020, the song Ily (I Love You Baby) by American DJ and producer Surf Mesa, which appeared at the end of 2019 in a duet with singer Emilee, had the effect of a bomb. The reprinted version was especially loved by the fans, who actively recorded videos for it and uploaded them to Tik-Tok. The remix created by ARTY also added popularity. As a result - getting into the list of the best in the prestigious world charts.

Despite the frenzied popularity and demand among listeners around the world, there is very little information about the biography of the rising star. It is known that Powell Aguirre (these are the real name and surname of a celebrity) was born on the 10th day of April 2000 in Seattle.

In June 2020, from an interview with the independent publication Wonderland Magazine, fans learned that their favorite now lives in Marina del Rey (Los Angeles, California), but his hometown played a huge role in his formation as a musician.

“Seattle is a special place where it rains 9 months of the year and only 3 months left for good weather. In the summer I went to the skate park with friends, and during the rainy season I focused more on music and had the opportunity to study the work of Kurt Cobain, Jimi Hendrix and local popular bands, ”said the producer.

The boy's passion for melodic art began at an early age thanks to his parents who were related to this area. My father was part of a jazz band, played the saxophone masterly and introduced the timeless classics to the family every evening.

Already from the 3rd grade, the child, imitating idols, tried to create his own compositions using educational video lessons on YouTube. Subsequently, the older brother installed the FL Studio sequencer on his computer, and from the first year in high school Powell went into creativity with his head, continuing to use this program to this day.

Information about the personal life of a handsome young man was also not provided. In his personal Instagram account, you cannot find photos with a possible lady of the heart. But the available pictures shed light on his hobbies and hobbies. The guy prefers to spend his free time playing tennis or the piano, walking with friends and exploring new places. Also Aguirre is crazy about Japanese food.

Speaking about his own musical preferences, the artist mentioned that his main inspirations were Coldplay, The Chainsmokers and Kygo, who formed their own recognizable style and demonstrated complete immersion in creativity.

“Few people know that I am seriously into architecture and interior design. I love the concept of art and space. One of the things that I look forward to every time is visiting new countries and getting to know architecture in different parts of the world, ”he added.