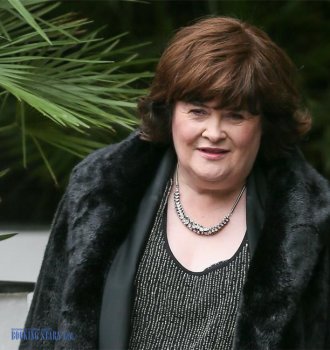 Susan Boyle was born in 1961 in Blackburn, Scotland. The singer has Asperger’s syndrome, which is a mild version of autism. Her father was a WWII veteran. Susan is the youngest in the family. She has 10 siblings.

Due to the Asperger’s syndrome, Susan had trouble studying at school. She had a tough time catching up to her classmates. Coupled with her awkwardness, it led to bullying. The girl tried hard not to pay any attention to the jokes and devoted all of her free time to the music. When she was 12, Boyle started singing in the church choir.

After finishing high school, the young woman began working in the school kitchen. Then she became a social worker and helped the elderly. While trying to earn money, Susan continued spending time on her singing hobby. In 1984, she attended a singing contest in Motherwell and performed “The Way We Were”.

At the beginning of the 1990s, Susan’s dad died. Her brothers and sisters moved away from their hometown. Boyle stayed to take care of her elderly mother. She continued developing her vocal skills and attended Edinburgh Acting School.

In 1995, the young woman participated in Michael Barrymore’s show My Kind of People and performed a song “I Don't Know How to Love Him” from a rock opera Jesus Christ Superstar. In 1998, Susan spent all of her savings to record three singles “Cry Me A River”, “Killing Me Softly”, and “Don't Cry for Me Argentina” and sent them to record labels and TV shows. However, she didn’t get the desired replies or offers. The singer didn’t give up.

She participated in as many local music contests as possible. Boyle’s mother tried to convince her to perform in front of a larger audience than the local churchgoers. However, the talented singer was sure that with her appearance, she had no chances of becoming famous.

In 2007, Susan’s 91-year-old mother died. Remembering her advice, the singer overcame her fears and decided to try out for a TV talent show Britain's Got Talent.

In August 2008, she appeared on the stage of Clyde Auditorium in Glasgow for an audition. At first, the judges didn’t take Susan seriously due to her age and appearance. But when she started singing, everyone was amazed. It was an impressive performance. No one expected an average person to sing professionally. Boyle performed “I Dreamed a Dream” from the musical Les Misérables. All three judges voted for Susan Boyle to stay on the show.

On May 24, 2009, the singer made it into the finals by performing “Memory” from Cats. Six days later, she sang “I Dreamed a Dream” one more time, fighting for the winning title. Eventually, she came in second yielding to a dance group Diversity. More than 17 million people were watching the finals of that show.

The pressure a singer was under during the show reflected on her health. She was admitted to a hospital. People talked about a music career being too harsh for Susan. However, she left the hospital 3 days later and continued performing.

Susan Boyle’s first album, I Dreamed a Dream, came out in November 2009. It reached the top spots of the USA and UK charts. It was named the most sold debut album of all times. In the first week, 411,820 copies were sold in the UK and 701,000 copies in the USA. Many organizers tried to book Susan Boyle for private events.

In November 2010, Susan released her second LP, The Gift, which immediately climbed to the top of Billboard 200 and the UK Albums Chart. In the USA, the album sold 318,000 copies in the first week.

In November 2011, Boyle presented her next album, Someone to Watch Over Me. It topped the UK Albums Chart and came in 4th on Billboard 200. Over 170,000 copies were sold in the USA in the first week. The album went platinum in the UK, New Zealand, and Australia.

In 2012, the singer recorded her 4th LP, Standing Ovation: The Greatest Songs from the Stage. It reached high spots on the charts and earned a gold status in the UK.

In 2013, Boyle released a new LP, Home for Christmas. It reached the 9th spot on the UK Albums Chart. The same year, she appeared as Eleanor Hopewell in the movie The Christmas Candle.
The 6th LP, Hope, came out in 2014 and settled on the 16th spot of Billboard 200. In 2016, the singer presented the 7th album, A Wonderful World.

In 2019, Susan performed on the reality show America's Got Talent: The Champions. 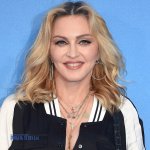 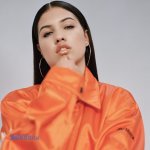