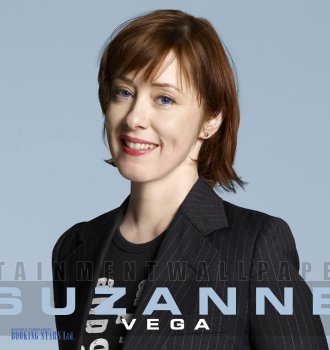 Suzanne Vega was born on July 11, 1959, in California. She is an American folk rock singer and songwriter. Her most famous hits are “Luka” and “Tom’s Diner”. Vega started her music career in 1982 and still works as a producer while performing occasionally.

Suzanne Vega spent her childhood in New York. When she was 11 years old, she learned how to play the guitar and some time later started writing her own songs. After going to the Lou Reed concert in 1979, Vega decided to devote all her attention to folk music. Three years later, Suzanne became one of the most promising folk musicians in New York, however, she had a hard time signing contracts with any labels. Vega didn’t give up and kept sending out her portfolio until she was finally noticed by A&M records.

In 1985, Vega recorded her debut album Suzanne Vega, which created together with Lenny Kaye and Steve Addabbo. The album got a warm welcome in the USA but was even more popular in the UK thanks to the single “Marlene on the Wall” that got into the top-100 of the UK singles chart.

The big fame came to Vega in 1987, when together with Kaye she released Solitude Standing. The most famous song from the album was “Luka”. The album topped UK Albums chart and got to the 11th spot on Billboard. Eventually, Solitude Standing went platinum.

In 1990, Vega released an experimental album Days of Open Hand, which she co-produced. The album was less popular than its predecessor but still got into the USA and European charts. The same year, Vega’s acapella song “Tom’s Diner” was plagiarized by a British duet DNA and released as “Oh Suzanne”. Instead of going to court, Vega released the single with her own title and it immediately became popular.

Vega kept recording album, taking a 5-year break between 1992 and 1996 due to the tough divorce. Her next albums were not as popular as before but she continued to lead an active social life performing at music shows and various concerts. Besides performing, Vega writes songs, books, and works as a producer.