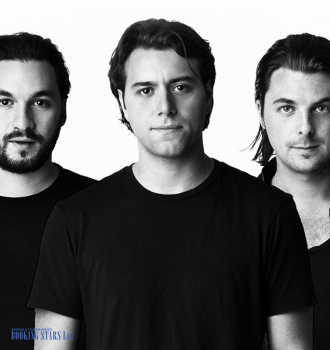 A house music group Swedish House Mafia appeared in 2008 in Sweden. It consisted of Axwell, Steve Angelo, Sebastian Ingrosso. They were extremely popular and they were even considered as one of the best Djs in 2010 according to Billboard. This trio has been called "the faces of mainstream progressive music". Despite the fact that the band was well-known and had lots of fans, it disbanded in 2013. Its former members - Axwell and Sebastian Ingrosso - decided to form their own duet. They called it Axwell /\ Ingrosso. It happened in 2014.

Their debut track was called "Can't hold us down", and the next one was "Something new".

The first appearance as a duo took place on the 8th of June 2014 at the famous Governors Ball Music Festival. According to Billboard, their show was the best ever seen. Moreover, it was called one of the hottest moments of the festivals.

The first EP by Axwell /\ Ingrosso was launched on the 14th February 2014. The name of it was "X4". It was a debut album not just for the duet itself, but for its members, because House Mafia never launched albums.

The fifth single "This time" was marketed in November. All the income went to charity.

In 2017 their first studio album was released. It consisted of all the previous songs.