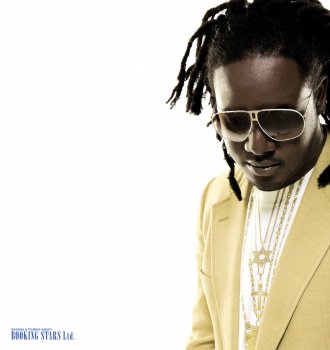 T-Pain was born on September 30, 1985, in Florida. He is a singer, rapper, songwriter, and record producer. T-Pain is mostly known for such songs as “I’m ‘n Luv Wit A Stripper”, “By U A Drank”, and “Can’t Believe It”. He was nominated for several Grammy awards and holds two for the Best Rap Song (Good Life with Kanye West) and Best R&B Song (Blame It).

Some fans and music experts believe that without T-Pain, the music industry wouldn’t be as bright as it is now. Others call T-Pain the R&B cyborg and the claim is not without grounds. Even though there is an opinion that T-Pain’s popularity is a temporary occurrence, the singer keeps proving such people wrong by topping the charts and earning Grammy awards.

T-Pain (Faheem Rashad Najm) was a big fan of music ever since he was a kid. The rise to popularity is associated with T-Pain singing Akon’s hit “Locked Up” and changing the lyrics to add swear words. This performance was noticed by the producers. At that time, Faheem was performing with the band Nappy Headz.

In order to stand out of the crowd, T-Pain came up with an electronic voice. His own voice was processed by the computer to get a unique sound. The effect was impressive. T-Pain became very popular. He tried to produce a few songs of Nappy Heads but had to eventually leave the band.

In 2005, T-Pain released his debut single “I’m Sprung”, which became a big hit. The song reached the 8th spot on Billboard Hot 100 and 30th spot on the UK Singles Chart. It was certified platinum by RIAA. The same year, the rapper released his debut album Rappa Ternt Sanga. It reached the 33rd spot on Billboard 200 and was certified golden by RIAA.

In 2007, T-Pain recorded his second album Epiphany. It was much more successful than his previous work. The LP topped Billboard 200 and US R&B Chart. It sold over 800,000 copies in the US.
The singer released two more albums Three Ringz (2008) and Revolver (2011). Both of them were slightly less successful than the predecessors. T-Pain continues to record new songs and perform live.