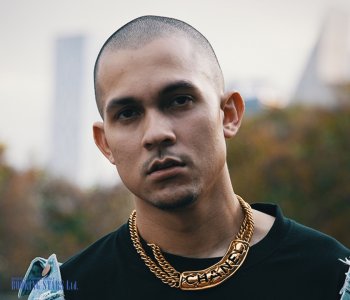 Tainy - Charting, award-winning producer, songwriter, and beatmaker who has worked with the top artists of the New Latin Wave.

Tainy is a charting, Grammy-nominated, BMI award-winning producer, songwriter, and beat creator at the forefront of the New Latin Wave. He is credited with rewriting the script on reggaeton, infusing it with breezy, whimsical electronica, pop melody (singing was all but unheard of in reggaeton until he came along), R&B, and trap. He has produced or co-produced some of Latin music's biggest hits during the early 21st century. These include Daddy Yankee's "Impacto," Wisin & Yandel's "El Telephono," Cardi B's "I Like It," J Balvin's Vibras full-length, and Bad Bunny's smash debut album, X 100PRE, as well as Balvin and Bad Bunny's Oasis. Tainy made his debut on Luny Tunes' gold-certified compilations Mas Flow 2 and the chart-topping Los Benjamins -- in 2005 and 2006, respectively -- while still in his teens. His tireless work ethic and appetite for innovation made him a choice collaborator for new and veteran artists alike, ranging from Ozuna, Jennifer Lopez, and Romeo Santos to Janet Jackson, Ivy Queen, and Bomba Estereo. Further, his trap production of Anuel AA's groundbreaking single "Sola" caught the attention of Daddy Yankee, Wisin, Farruko, and Zion & Lennox, who collectively remixed the tune. Their impact helped earn Anuel AA his first headlining chart hit atop Tainy's beats, and legitimized Latin trap at radio and labels who'd been wary of the tough urbano sound. It paved the way for a more-focused attention on other trap artists, and Tainy's popularity and ubiquity only increased. During the first eight months of 2019, his productions registered six chart hits, including the infectious "Adicto" in collaboration with Ozuna and Anuel AA.

Tainy was born Marco Masís in San Juan, Puerto Rico, in 1989. Music and basketball were his driving passions growing up, but the former won out. Through his church, he met producer Nely (Josias de la Cruz). Tainy began sending him homemade beats created with Fruity Loops computer software. Nely coached him and eventually sent a demo to Luny (Francisco Saldaña, half of the production duo Luny Tunes with Victor Cabrera). Luny liked what he heard and signed Tainy, providing him full use of his Miami production studio to better learn his craft. Tainy observed the artists who passed through the Luny Tunes production lab, and was given various assignments, an instrumental passage here, an a cappella vocal there, until getting his first big break on his solo intro to Mas Flow 2 in 2005. A voracious listener, the young producer began considering the different ways reggaeton could be expanded by adding layers of polyrhythms, catchy vocal melodies, jagged electronic effects, and smooth ambiences, multi-tracked basses, etc., all while keeping the genre's rhythm intact. His innovations paid off. In 2007, Tainy got co-billing with Luny Tunes on Los Benjamins: La Continuación, co-producing nearly half of its 21 tracks including Arcángel's "Distancia" and a remix of Don Omar's "Beautiful." He co-produced Wisin & Yandel's Grammy-winning, platinum-certified Los Extraterrestres in 2008, and scored his first number one with the duo on the "Pam-Pam" single the following year.

While Tainy was the choice for many Latinx artists, his co-production work on the vast majority of J Balvin's Vibras paid off handsomely: The 2018 album went to number nine on the Top 200 and topped the streaming global charts. The year proved massive for Tainy given his work and appearance on Cardi B's megahit "I Like It," which remained on the chart for more than a year. It topped the U.S. hip-hop charts, scored number three in the Top 40, and was nominated for more than 34 awards, winning eight. Further, on Christmas Eve, his co-production on Bad Bunny's X 100PRE added immeasurably to his fortunes and stature. The single "Estamos Bien" shifted the entire balance of reggaeton by offering itself as a haunting Latin trap ballad, full of lilting lyricism, dubwise rhythm, and of course, Bad Bunny's sung and rapped voices through Tainy's economical use of Auto-Tune and pitch shifting. The track went to number nine on the Hot 100, and the album registered at 11 on the Top 200.

2019 proved no less successful. In February, Tainy appeared next to Benny Blanco, Selena Gomez, and J Balvin on the gold-certified single "I Can't Get Enough." In the spring he announced a solo album, with his production and beats fronted by a host of top-flight singers. As a taster, he released "Barbaro" with Mozart La Para as a video single in March; it racked up more than 12 million views. He also co-produced Oasis by J Balvin and Bad Bunny. It went to the top of the Latin Albums chart and hit number nine on the Top 200. Tainy issued two more charting singles as previews: the number two "Callaita" with Bad Bunny in June, which went to number two, and "Adicto" with Anuel AA and Ozuna, which entered the charts at 12 in early September.

In March 2020, Tainy released the EP Neon16 Tape: The Kids That Grew Up on Reggaeton, which featured guest appearances Dalex, Kali Uchis, Sean Paul, and others. That same year, he topped the Billboard Latin chart alongside J Balvin, Dua Lipa, and Bad Bunny with the song "Un Dia (One Day)." The non-album track "Falta" appeared in 2021 and featured DaniLeigh and Kris Floyd.

How much does it cost to book Tainy:
Price inquiry
Tainy booking agent:
Contact agent
Tainy Contacts:
Send Tainy a message
« previous next »