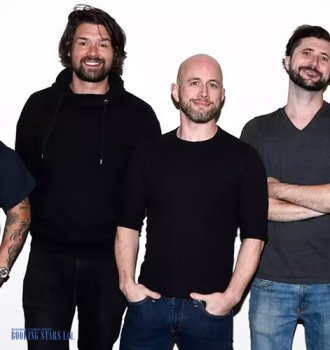 Taking Back Sunday was formed in New York in 1999. The founder was a guitar player Eddie Reyes. Four of his friends joined the project right away. However, the permanent lineup was formed three years later. The group went through numerous member changes.

Eddie used to work with such groups as The Movielife and Mind Over Matter. Another member of the band Jesse Lacey performed with Rookie Lot. They were joined by a guitar player John Nolan, a vocalist Antonio Longo, and a drummer Steven DeJoseph. The latter soon left the band. Mark O’Connell replaced him. Longo left right after the group released its debut EP, Return Back Sunday. Two more band members left before 2001 was over. In February, Taking Back Sunday released a demo album, which featured five tracks, and embarked on a tour.

Before releasing the debut LP, Tell All Your Friends, the musicians recorded a popular music video for the song "Great Romances of the 20th Century". In 2000, the group signed a contract with Victory Records and started working on the debut album. The LP earned positive reviews from the fans but mixed opinions from the critics. It received gold status in the USA.

In 2004, the artists released a new LP, Where You Want to Be. They used new musical instruments to record the album, which made it truly different from the predecessor. The album was commercially successful. One of the singles, "A Decade Under the Influence", reached the 16th spot on the Alternative Songs Chart. The album sold over 650,000 copies. At that time, many organizers tried to book Taking Back Sunday for private events.

For eight months after the release, the group toured the country. The musicians earned considerable popularity. They were invited to different TV shows. The band’s songs were used as soundtracks for movies. For example, their single "This Photograph Is Proof (I Know You Know)" appeared in Spider-man 2. Meanwhile, "Your Own Disaster" became a soundtrack for Elektra.

In 2005, the band signed a contract with Warner Bros. Records and started working on the next album. The LP came out in 2006. Louder Now earned gold status in the USA.

The band became even more popular after attending such shows as The Tonight Show with Jay Leno, Jimmy Kimmel Live!, and Late Night with Conan O'Brien. In 2006, a documentary about the group’s work at concerts was released. The artists called it Louder Now: PartOne.

In 2006, while working with Victory Records, the group released a compilation album, Notes from the Past, which featured four tracks from Tell All Your Friends and six from Where You Want To Be.

In 2008, the band announced the name of the next album, New Again. It featured such popular songs as "Winter Passing", "Lonely Lonely", "Catholic Knees", and “Carpathia". During the tour in support of the album, the current guitar player broke a leg, but it didn’t stop the musicians from finishing the tour.

The next album came out in 2011. It was called Taking Back Sunday. The LP reached the 27th spot on Billboard 200. The same year, the band released music videos for singles "Faith (When I Let You Down)" and "You Got Me".

In 2014, Taking Back Sunday created a new album, Happiness Is. To record it, the musicians signed a contract with a new label, Hopeless. In 2015, the group toured the USA with letlive and The Menzingers.

In 2016, the band presented a new LP, Tidal Wave, the songs for which were recorded during the tour in support of the previous album.

In 2018, the founder Eddie Reyes left the group. Initially, he said he may come back but then decided to form a new band.

In 2019, the musicians are planning to release a new album, Twenty.