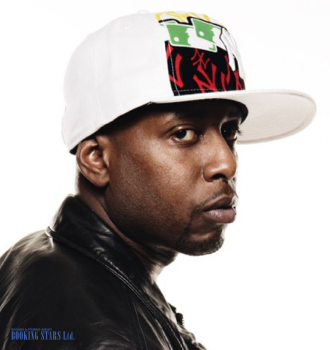 He debuted in the music industry by helping a hip-hop band Mood record the album, Doom, which came out in 1996. At about the same time, together with DJ Hi-Tek, Kweli recorded several successful songs as part of the project Reflection Eternal. Among these tracks were "Fortified Live" and "B-Boy Document 99/Chaos".

Talib also participated in the Black Star duo project with Yasiin Rey, who is better known as Mos Def. In 1998, Black Star released its only album, Mos Def & Talib Kweli Are Black Star. The LP was a success. It reached the 53rd spot on Billboard 200 and the 13th position on Top R&B/Hip-Hop Albums.

In February 1999, an unarmed Amadou Diallo was shot by police officers. Kweli and Mos Def arranged the recording of an EP, Hip Hop for Respect. It came out in 2000 in memory of Diallo. Forty-one artist participated in the project in honor of 41 times bullets, which were fired at Diallo.

In October 2000, Reflection Eternal released its debut LP, Train of Thought. It earned positive reviews from the critics. On Billboard 200, the LP climbed to the 17th position. It also reached the 5th spot on Top R&B/Hip Hop Albums. The single "Move Somethin", featured on the album, topped Hot Tap Songs. The song “The Blast” came in second.

In 2002, Kweli signed a deal with Rawkus Records and released his first solo album, Quality. A week after the USA debut, the album came out in the UK. Kludge magazine put the LP on the list of the best albums of 2002. The single "Get By", recorded together with Kanye West, reached the 77th spot on Billboard Hot 100. The album settled on the 21st position of Billboard 200.

In September 2004, Kweli presented his second solo LP, The Beautiful Struggle. The album reached the 14th spot on Billboard 200 and the 3rd position on Top R&B/Hip-Hop Albums.

In 2005, Talib recorded a mixtape, Right About Now: The Official Sucka Free Mix CD, which sold more than 16,000 copies during the first week. It reached the 113th spot on Billboard 200.

In 2007, Kweli released the 3rd studio album, Eardrum, which was his most successful LP to date. It was recorded under the labels Blacksmith Records and Warner Bros. Records. Many musicians, including Kanye West, Justin Timberlake, and Jean Grae participated in the recording process. The LP got great reviews and reached the 2nd spot on Billboard 200. At the end of the year, the artist went on a tour to Australia. At that time, fans had a hard time trying to book Talib Kweli for their events.

In 2010, Reflection Eternal released its second LP, Revolutions per Minute. It debuted on the 18th spot of Billboard 200 and reached top-10 of R&B/Hip-Hop Albums and Rap Albums charts.

Kweli’s fourth studio album, Gutter Rainbows, appeared in January 2011. It got positive reviews from the critics and reached the 29th spot of Billboard 200. However, it was hard to call that album commercially successful.

In 2013, Talib presented his fifth album, Prisoner of Conscious. It featured Kendrick Lamar, Nelly, Busta Rhymes, Miguel, and many other artists. The LP debuted on the 48th position of Billboard 200 and didn’t get any higher.