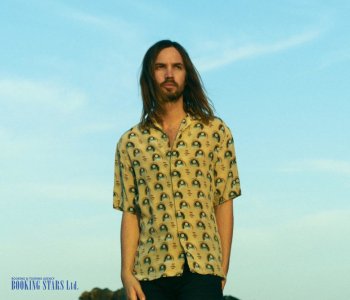 Tame Impala (pronounced tame impala; from English tamed impala) is an Australian musical group organized by Kevin Parker in 2007 and working in the genre of psychedelic rock.

The predecessor of Tame Impala was The Dee Dee Dums, which, in addition to Parker on drums, included guitarist Luke Epstein. In 2005, The Dee Dee Dums came in second at AmpFest. Sam Davenport took over from Epstein, who left the band in October 2006 to join Sugarpuss. At the same time, The Dee Dee Dums reached the final of the National Campus Band Competition from the state of Western Australia. At the end of 2007, the band changed its name to the current one, and its line-up also underwent changes, and now instead of two guitarists, Tame Impala has a more traditional format - guitar, bass, drums. Davenport, after leaving, began an acting career.

In July 2008, the band signed to the independent label Modular Recordings [3] and released an EP, Tame Impala, in September of that year. The album topped the charts of Australian independent record labels and ranked tenth on the ARIA Charts. Three songs from it - "Desire Be, Desire Go", "Skeleton Tiger" and "Half Full Glass of Wine" - were rotated on radio station Triple J, and the last track entered the annual Triple J's Hottest 100. The 2008 tour schedule included performances supporting You Am I, The Black Keys, Yeasayer and MGMT, Southbound, Meredith Music Festival and Falls Festival, and his own national EP tour. The following year, Tame Impala undertook a 6-day Australian tour called Skeleton Tiger and a 5-day UK tour, performing at the Nevereverland UK, V Festival, Groovin The Moo festivals.

The band's debut album, Innerspeaker, released in May 2010, received high praise from critics and peaked at number four on the Australian charts. In the same year, Tame Impala was nominated for the ARIA Awards in six categories. Lonerism, their second disc, was released in October 2012.