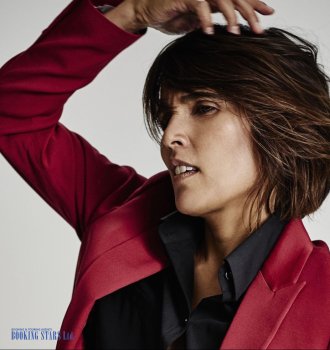 Tanita Tikaram was born in the UK but has Asian heritage. Fans love her for the special voice and lyrics with deep philosophical meaning. The celebrity was born on 29 August 1969. Her British father was in the military. Her mom had a Malaysian heritage. She was the one, who gave the singer her special first name.

Tikaram’s family moved a lot due to her father’s job. In her interviews, Tanita shared that since childhood she tried not to get too close to people because eventually, she would have to leave them and suffer from separation.

When the singer was 12, her family came back to the UK. She graduated from high school and went to the University of Manchester to study English literature.
The artist wrote her first songs when she was very young. By the time Tanita turned 16, she already had many ready-to-use songs, which allowed her to perform on stage.

One day, Tanita’s recordings made their way to a successful producer, Paul Charles. He enjoyed the deep and enticing voice of the singer and wanted to meet her personally. At that time, Tikaram performed at the local clubs. He found the young woman and offered her a contract, which she readily signed. A year later, in 1988, the singer presented her debut LP, Ancient Heart.

Tanita became popular almost immediately. Neither she nor her producer expected such huge success. The public loved the artist for beautiful music and deep lyrics. In her songs, the singer talked about her view of life, destiny, solitude, and many other important subjects. Her image of a young woman with a touch of sadness was unique and made her even more popular.

In just a couple of years, Tanita sold 3 million copies of the album in more than two dozen countries. The next LP, The Sweet Keeper, also turned out to be successful and strengthened the singer’s popularity. The number of Tanita’s fans was growing every day. Critics noted that she had a wonderful voice, excellent lyrics, and a huge potential. Many organizers wanted to book Tanita Tikaram for private events.

For the next several years, the singer gave numerous live concerts all over the world. She noted that it was a very tiring experience. The third LP came out in 1991. Tanita had little time to work on the album and recorded it in just 30 days. As a result, the LP was much less successful than her previous work. The singer’s popularity started to wane. Eventually, in 1993, Tikaram decided to take a break.

The young woman used the opportunity to travel all over the world. She visited such countries as Italy, China, Romania, and France. In the mid-1990s, Tanita moved to the USA and recorded a new LP, Lovers In The City. To make the album special, she invited a famous composer Thomas Newman, who wrote soundtracks for popular movies. The album became highly successful. It gained popularity in the USA and the UK. Some critics compared Tanita to Bjork. The LP reached the 75th spot on the UK Albums Chart.

After the album’s release, the singer took another break. Fans haven’t heard anything about Tanita’s life for a long time. She decided to make a few changes to her music and image. Tikaram tried to find new hobbies, such as design, art, and films. However, she still devoted the majority of her time to the music.

In 1998, the singer presented a new album, Cappuccino Songs, which made her popular all over again. The success came partially due to the work of an Italian producer, Marco Sabiu.

Tanita moved to Italy. Her next album, Sentimental, came out in 2005. Five years later, she released Can’t Go Back. In 2016, Tikaram presented a new LP, Closer to the People, which reached high spots on the European charts.