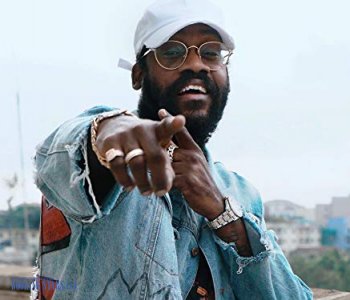 One of the more prominent of the second generation of Jamaican roots reggae singers, Tarrus Riley made a bold entrance onto the music scene in the mid-2000s with albums like Challenges and Parables, the latter of which included the Sly & Robbie-aided hit "She's Royal." The son of veteran singer and former Uniques and Techniques member Jimmy Riley, Tarrus' music embraces contemporary sounds while remaining tied to the country's roots traditions as well as Rastafarianism. While continuing to rack up hits and awards, he maintained a focus on incorporating black history into his music on tracks like 2011's "Shaka Zulu Pickney" and launching the youth education initiative, the Tarrus Riley Freedom Writers Competition. Riley's success continued throughout the 2010s with albums like Love Situation and a prolific run of singles. He returned to album work in 2020 with Healing.

Riley was born in the Bronx, New York, but raised in Jamaica. Like his father, he has a sweet, nuanced, tenor vocal style, although his first connection with the Jamaican music scene was as a DJ (under the name Taurus). Riley taught himself to play keyboards and several percussion instruments and began writing his own songs, many of which had strong Rastafarian and consciousness-leaning themes. His first album, Challenges, was produced by the great Jamaican saxophonist Dean Fraser and released on Yaman Records. It yielded a couple of big reggae chart hits, including the song "Larger Than Life." Fraser also produced 14 of the 15 tracks (the other was produced by Chris Chin) on Riley's sophomore effort, Parables, which appeared in 2006 from VP Records and featured the legendary rhythm section of Sly Dunbar and Robbie Shakespeare. It too generated a big single in "She's Royal." Over the next several years, his music racked up several awards including the 2007 Jamaica Observer Artiste of the Year, and an impressive four Reggae Academy Awards in 2008. The following year, his third album, Contagious, yielded yet more hits with "Good Girl Gone Bad" featuring Konshens and a cover of Robin Thicke's "Superman."

Meanwhile, Riley continued to engage with his African roots with tracks like "Shaka Zulu Pickney" from the 2011 Nyabinghi Riddim compilation. Regular tours throughout Europe helped expand his audience in the front half of the 2010s and he enjoyed a particularly prolific streak with Mecoustic (2012), To the Limit (2013), and Love Situation (2014). At this point, he shifted to a steady stream of singles, putting out tracks like "Feel Free," "Haunted," and "B.L.E.M." Finally, in 2020, Riley returned to the album format with Healing, his first full-length in six years.