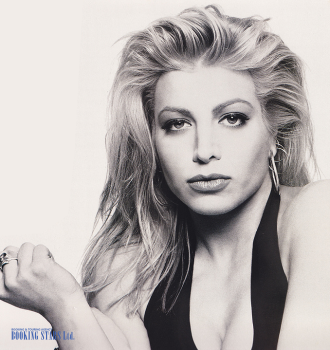 Taylor Dane was born on 7 March 1962 in Long Island, New York. Her mother was an actress, and her dad was a coin collector. The young woman loved music since childhood but dreamed of becoming an actress. Dayne’s real name is Leslie Wunderman. She also performed under the pseudonym of Les Lee.

The young singer began her music career in 1980 upon graduating from high school. She performed with little-known bands, Next and Felony. Then Leslie enrolled in Nassau Community College to study music. Two years into studying, Dayne decided that she would achieve much more success by promoting her music and planned to quit college. However, she changed her mind and graduated.

In 1985, the singer started working with an independent label Mega Bolt. Under the pseudonym Les Lee, she recorded a single "I'm The One You Want". A year later, Leslie presented "Tell Me Can You Love Me". The songs weren’t successful but Leslie wasn’t about to give up. She changed the pseudonym to Taylor Dayne. The young woman adopted the male-sounding pseudonym thanks to the advice of her friend Dee Snider – vocalist of a popular band Twisted Sister. The advice turned out to be good. Soon Dayne signed a contract with Arista Records.

In 1987, Taylor recorded her first official single “Tell It To My Heart”. The song became very popular. It topped many world charts, including Billboard Hot 100. In the Netherlands, Switzerland, and Germany, the song climbed to top positions.

In 1988, the singer recorded her debut studio album called Tell It To My Heart. It featured Taylor’s first hit and three other popular songs, "Prove Your Love", "I'll Always Love You, “and "Don't Rush Me". All of them reached high spots on the world charts. The latter settled on the second spot of Billboard Hot 100. “Tell It To My Heart” and "I'll Always Love You" became golden in the USA. The album itself earned two platinum certifications from RIAA.

In 1989, Dayne recorded her second studio LP, Can’t Fight Fade. It turned sold more copies than the first one but reached lower spots on the charts. The album settled on the 25th spot of Billboard 200. It was very popular in Australia, reached the 7th position of the ARIA chart, and earned three platinum certifications. The album featured one of the most popular Taylor’s singles “Love Will Lead You Back”. The song became golden in the USA and topped Billboard Hot 100.

After the release of the second album, the singer was at the peak of her popularity. Many fans wanted to book Taylor Dayne for their events.

In 1993, Dayne recorded a new LP, Soul Dancing. The number of sold copies showed that the singer’s popularity was slightly waning. However, the album appeared on many world charts and earned gold certifications in the USA, Australia, and Canada.

The next album, Naked Without You (1998), didn’t make it into the charts. However, Dayne wasn’t giving up. Ten years later released a new LP, Satisfied. The album barely edged its way into Billboard 200 and stopped at the 179th position. The single “Beautiful” featured in the LP, topped US Dance Club Songs Chart.

In 2010, Taylor performed at the opening of Gay Games 2010, where she sang “Facing a Miracle”, which she wrote herself.

In 2016, Billboard Magazine called Taylor one of the best dance artists of all times. She sits on the 28th position of the list. 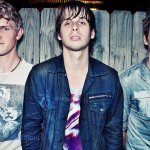