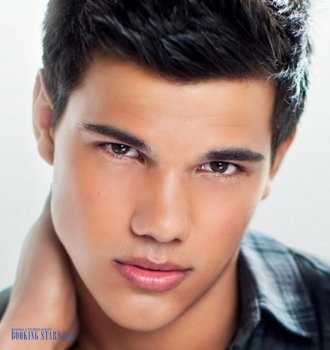 Without losing his focus on karate, Taylor started thinking about an acting career. When he was nine years old, the boy landed a few small movie roles. He also voiced several animated characters. In 2002, Lautner’s family decided to move to LA to give the boy a chance to become famous.

In 2005, Taylor finally landed an important role. He played Sharkboy in the movie The Adventures of Sharkboy and Lavagirl 3-D. The part brought him a nomination for the Young Artist Award. The same year, Lautner appeared in the movie Cheaper by the Dozen 2, where he played a supporting role.

The real breakthrough came to Lautner in 2008, when he was chosen for the role of Jacob Black in the movie Twilight. Taylor and the rest of the leading Twilight actors woke up famous. He was nominated for a “Best Breakthrough Performance – Male" on 2009 MTV Awards. The young actor also earned a Scream Award for Male Breakout Performance. The same year, Black finally snagged a Teen Choice Awards. Lautner became a sex symbol and was constantly invited to private events or birthday parties. However, he was busy filming new movies.

In order to keep the role of Jacob Black, Lautner went through grueling workouts and gained 30 pounds of muscle mass. The world premiere of the second part The Twilight Saga: New Moon happened in November 2009. The movie was a big hit. Lautner received two Nickelodeon Kids' Choice Awards (one of them was “Cutest Couple” with Kristen Stewart). He also won People's Choice Awards as Favorite Breakout Actor.

In 2010, Taylor worked on a romantic comedy Valentine's Day. For one of the leading roles, Lautner received two Teen Choice Award nominations and one MTV Award nomination. The same year, the third part of the Twilight series, The Twilight Saga: Eclipse, premiered. The movie broke the records set by the previous parts and became the most successful romantic fantasy in the history of American and Canadian cinematography. Taylor got another bundle of awards and nominations, including Teen Choice Awards Choice, People's Choice Awards, Nickelodeon Australian Kids' Choice Awards. By the end of 2010, he was named the highest paid teen actor in Hollywood.

In 2011 and 2012, the final parts of the Twilight series were released. Twilight Saga: Breaking Dawn — Parts 1 and 2 were very successful and brought Taylor even more popularity.

In 2015, Lautner got a starring role in the action movie Tracers and a comedy The Ridiculous 6).

In 2016, Taylor worked on a drama Run the Tide. For the leading role, Lautner was nominated for another Teen Choice Award. The same year, the famous actor played a role in the black comedy series Scream Queens.

As of today, the actor is working on the TV series Cucko, in which he has one of the leading roles.