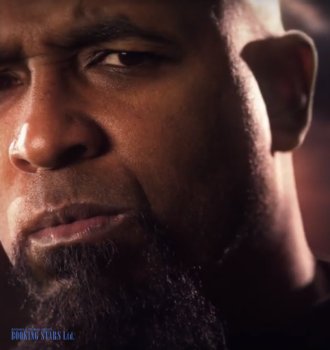 Tech N9ne’s real name is Aaron Dontez Yates. He was born in Kansas City on 8 November 1971. When he was young, Aaron was influenced by two religions. His mother was Christian and his father was Muslim. Aaron’s mother suffered from a mental illness. During outbreaks, she sent the boy to live with his aunt. The aunt’s husband introduced Yates to hip-hop when he was 15.

In high school, the future celebrity enjoyed break dance and pop-locking. The young man was interested in music and learned how to play different instruments. Dontez often skipped school and finally dropped out at 17. For some time, he was using drugs but then conquered the addiction on his own.

The aspiring musician gave his first concert in San Diego. Only seven people came. However, the artist didn’t give up. He started working with different groups. Initially, Tech N9ne played with Black Mafia. A year later, he joined Nnutthowze. The group signed a contract with Perspective Records. It released the debut album, Welcome to my Asylum, which wasn’t successful, and fell apart.

In 1997, the artist worked with The Regime, which wasn’t popular at that time. A year later, Yates finally recorded his own studio album, The Calm Before The Storm. He had substantial help from such artists as Kool G. Rap, Eminem, Monch, Xzibit, Jayo Felony, RZA, Pharoahe Chino XL, KRS-One. However, the album didn’t make it into the charts.

The artist continued working on new LPs. He released them one after another. Compilation album Celcius and LP Absolute Power came out in 2002. After the release, Aaron went on a Sprite Liquid Mix Tour to support his work. The album Anghellic, which came out a year earlier, reached the 59th spot on Billboard 200. In 2002, together with the band 57th Street Rogue Dog Villains, Tech N9ne recorded one more album, Roguish ways.

After the release, the artist went on a 4-year break. In 2006, he came back with the new LP, Everready (The Religion). The album was commercially successful. More than 22,000 copies were sold a week after the release. The LP climbed to the 50th spot of Billboard 200. At that time, many organizers tried to book Tech N9ne for their events.

In 2007, as part of 57th Street Rogue Dog Villains, the artist worked on the album New World Hustle: Street edition, which turned out to be the last one for the group.

In 2008 and 2009, Tech N9ne released Killer and K.O.D. The critics noted that the latter was one of the darkest albums recorded by the artist.

In 2011, the musician released All 6's And 7's. The album climbed to the 4th spot of Billboard 200 and topped Top Rap Albums chart.

The artist continued recording at least one album per year. All of them were rated high on the charts. In 2018, Tech N9ne released his last LP to date, Planet, and went to promote it with The Planet Tour.