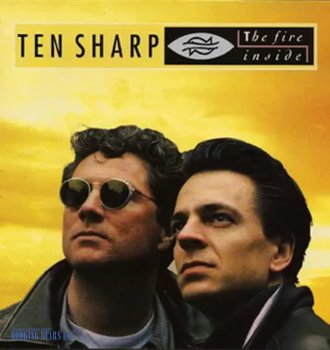 Ten Sharp was formed in the Netherlands in 1982. Initially, the band’s name was Streets. The founders used to work with other groups, Prizoner and Pin-up. Their favorite genre was symphonic rock.

In the fall of 1982, the group got an offer to record three songs for Vara’s Popkrant. It gave the group’s popularity the much-needed push. In April 1983, they gave a live performance at KRO Rocktempel. However, no matter how hard Ten Sharp tried, recording labels didn’t seem to be interested in working with them. In the summer, some of the musical instruments owned by the band were stolen. Musicians took the opportunity to renew their arsenal and bought two high-quality synthesizers. It reflected on the quality of their music.

Inspired by the new sound, artists started recording new songs to impress labels. Soon they presented a couple of demo albums, which caught the attention of CBS Records. A little later, the band recorded several tracks with a drummer Michiel Hoogenboezem, including “When the Snow Falls”. Musicians were getting ready to release the debut single when they found out about another group with the same name (Streets), which existed in the USA. That’s when they changed the name to Ten Sharp.

The first official single was the already-recorded "When The Snow Falls". It came out at the beginning of 1985. The song immediately appeared on the radio and music TV channels. The next single came out in the summer and made it into several charts. It was "Japanese Lovesong". The next single “Last Words” couldn’t repeat the success of the predecessor. However, fans loved it just as much.

In February 1987, the artists released a new single "Way of the West". Unfortunately, the song was a failure, and CBS Records decided to cancel the contract. After that, Hermes and Groen started writing songs for other artists. In 1989, two of their tracks appeared on a national song competition. At the same time, Hermes performed with a successful Dutch singer, Conny Vandenbos.

In 1990, the artists worked with Spitsbergen studio to record six songs for the first album, Under The Water-Line. The LP came out next year along with a single “You”. The song became a national hit. The album turned out to be highly successful as well. After that release, many organizers tried to book Ten Sharp for private events.

By the time the single, "Ain't My Beating Heart" came out, the LP expanded to a 10-track disc and was formatted for release in other countries. The second album called The Fire Inside appeared in 1993. It was recorded with the assistance of Michiel Hoogenboezem, who became a producer.

In 1995, musicians worked on the album called Shop of Memories. After its release, they embarked on a long tour, Marlboro Flashback Tour. While touring, the band recorded a live album, Roots Live, which came out in November 1996. It featured covers of songs of famous artists, which the band performed during the tour.

In May 2000, Ten Sharp presented a compilation album that also featured five new songs. Among them were such successful singles as "Beautiful" and "Everything". The next LP, Stay, with 12 songs came out in March 2003. Tom Bakker wrote the majority of them.

In the spring of 2009, the group recorded a remake of their most famous song “You”. In the next several years Ten Sharp didn’t record any albums. They toured the world, giving numerous concerts and attending music festivals.

At the beginning of 2017, musicians recorded a music video for the song “You”. It appeared on the band’s official YouTube channel. The video quickly collected several million views. Today, Ten Sharp is performing all over the world. Its plans for a new album are currently unknown.