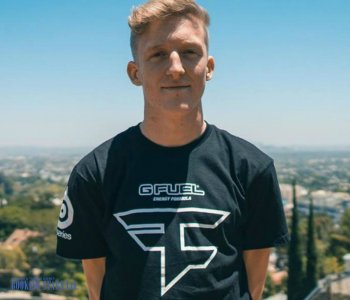 Turner has come under controversy since becoming popular, including alleged uses of racial slurs and controversy with FaZe Clan and the terms of his contract.

Turner Tenney, known as Tfue on social media, was born on January 2, 1998 in Indian Rocks Beach, Florida, the United States. Growing up, Turner was homeschooled.

As a streamer, Turner has found most of his success while playing and streaming Fortnite, but he will also play Call of Duty: Modern Warfare and Fall Guys. He’s even set a PC world record in Fortnite: Battle Royale with his friends Nick Eh 30, ONE_shot_GURL, and Cloakzy where they had the most squad eliminations: 53.

Since becoming a popular streamer, Turner has come under controversy for a number of issues. In 2018, he was banned from Twitch for 30 days after allegedly using a racial slur; the ban was later reversed after authorities determined the word wasn’t used in a racial manner.

That same year, Turner was permanently banned from his Epic Games accounts because he was apparently breaking the terms and conditions of Epic Games by buying and selling accounts.

In 2018, Turner joined FaZe Clan, and a year later, he filed a lawsuit against them. He claimed they “pressured Tenney to live in one of its homes in Los Angeles, pressured him to underage drinking and illegally gambling. FaZe also continuously pressured and encouraged him to engage in dangerous stunts.” Tenney also claimed, that “he only got 20% from any branded videos that are published on Twitch, YouTube or social media and half of his revenue from touring and appearances.”

The FaZe Clan later responded to the accusations on Twitter by saying the group didn’t take money from tournament winnings, or his Twitch or YouTube revenue. They also said they offered him “an improved contract multiple times, with 100% of the money going to Tenney, but he rejected or ignored all of them.”

In fall 2019, FaZe clan filed a lawsuit against Turney, alleging that the social media star violated the terms of his contract by disparaging the company and then trying to form a rival organization. They also said he violated their contract by leaking information to the media about his contract.

In 2020, Turner competed in a charity tournament hosted by fellow gamer MrBeast. During that tournament, Turner revealed MrBeast’s phone number and his code for contestants, so the stream had to be taken down – and when it returned, Turner lost. He received a lot of hate for that.