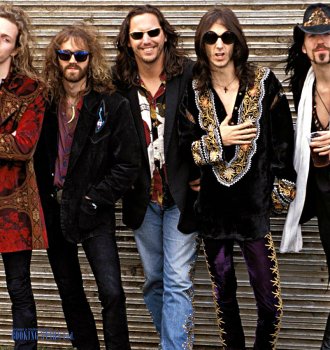 The rock band The Black Crowes was formed in Georgia, in 1989. The current lineup (the band is now called Mr. Crow’s Garden) includes Chris Robinson, Rich Robinson, Keith Joyner, Jeff Sullivan, Ted Selke, Scott Shamel, Steve Gorman, and Chip Stewart. The band is particularly famous for such songs as “She Talks to Angels”, “Remedy”, and “Hard to Handle”.

The band released their first LP Shake Your Money Maker in 1990 and immediately became successful. The album reached the 4th spot on Billboard 200 and was eventually certified platinum in the USA 5 times. All the critics and the music reporters were so impressed by their work that The Black Crowes were called the best rock and roll band. VH1 placed the band on the 92nd spot of the 100 Greatest Hard Rock Artists. The single “She Talks to Angels” topped the Hot Mainstream Rock Tracks chart.

In 1992, the band released their second studio album The Southern Harmony and Musical Companion. It topped Billboard 200 and reached the 2nd spot on UK Albums Chart.

In 1994, The Black Crowes recorded their third LP called America. While it was not as commercially successful as the previous albums, it still got high spots on the charts and great reviews from the critics and the fans.

The band released three more successful albums Three Snakes & One Charm (1996), By Your Side (1999), and Lions (2001). A year after the release of Lions, the band members announced the disbanding.

They reunited in 2005 to start giving concerts. Three years later, the band recorded another LP called Warpaint It reached the 5th spot on Billboard 200. Their next LP Before The Frots…Until The Freeze (2009) was also a success.

In 2015, the band broke up again. Today they perform under the name of Mr. Crow’s Garden. Most of the former band members are pursuing solo careers. 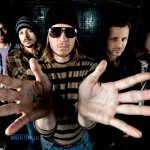