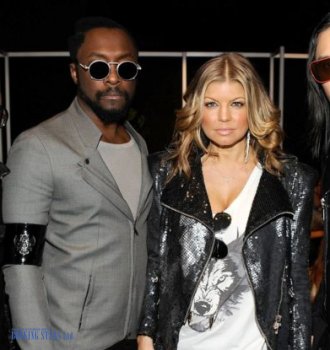 The history of The Black Eyed Peas began in 1989 when will.i.am met Apl.de.ap. At that moment, they weren’t famous American rappers.The two teenagers attended the same high school and had the same music preferences. The future celebrities formed a duo called Atbam Klann.

Artists began performing in Los Angeles nightclubs. They became popular in local rap and breakdance communities. In 1992, the duo signed a contract with Ruthless Records, which was valid until 1995. In three years, two rappers didn’t manage to release a debut LP, no matter how hard they tried since the label wasn’t too successful. They canceled the contract when Eazy-E, the label’s CEO, died.

In 1995, the rappers were joined by Taboo, who used to perform with the band called Grassroots. After that, the artists decided to rename the band and came up with the legendary Black Eyed Peas (without “the” at first). All three members had a different heritage, Mexican, African American, and Filipino.

Musicians signed a contract with Interscope Records. In 1998, they presented the debut LP, Behind the Front. The album earned many positive reviews from the critics. One of the singles, "Joints & Jam", became the soundtrack to the movie Bullworth, which came out the same year.

The next LP appeared in 2000. To record the single "Request + Line", the artists invited Macy Gray. Both albums sold numerous copies. The music industry players started talking about the band’s high potential. However, some critics gave it negative reviews for an unclear style. The group members had thoughts about disbanding. However, they were supported by numerous fans. Meanwhile, many organizers wanted to book The Black Eyed Peas for private events.

The tragedy, which shook the world on 11 September 2001, pushed the musicians to continue their careers. They initially tried to mix cultures and musical ideas. However, after 9-11, artists decided that they should focus on unity. Will.i.am wrote a hit "Where Is The Love?", which inspired the artists to work on the next LP.

In 2002, the new vocalist, Fergie, joined the group. The artists decided to rename the band to The Black Eyed Peas.

At the beginning of 2003, the band presented its third LP, Elephunk, which featured such successful songs as "Let's Get It Started", "Hey Mama", "Where Is the Love?", and "Shut Up". The album sold over 8.5 million copies worldwide. Next year, the band embarked on a promotional tour of Europe and Asia.

The fourth LP came out in 2005. It was Monkey Business. The album included such hits as "Pump It", "Don’t Lie", "My Humps", and others. It sold over 10 million copies worldwide. In March, before the tour, the artists presented a compilation album, Renegotiations: The Remixes, which featured some songs from the previous LPs. Several famous rappers got invitations to record remixes for the album.

In 2006, there were rumors about the band falling apart since each one of the members had solo projects. However, will.i.am gave an interview on MTV, in which he denied the rumors. He also announced the release of the next LP, The E.N.D (Energy Never Dies), which eventually came out in 2009. The album sold 11 million copies worldwide.

In 2010, at the Grammy Award ceremony, the band won nine awards. The same year, The Black Eyed Peas released a new LP, The Beginning, which featured new sound experiments.

In 2011, the band announced a hiatus. The artists reunited five years later in April 2016, and will.i.am announced a new album.

In 2018, the band released the first single in the past 7 years. The song “Street Livin” was recorded without Fergie, who officially left the band. She was replaced by Jessica Reynoso from the Filipino version of The Voice. The new album, Masters of the Sun Vol. 1, came out in October 2018. After its release,

The Black Eyed Peas embarked on a promotional tour. 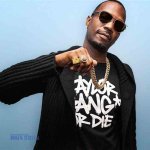 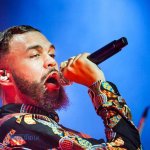 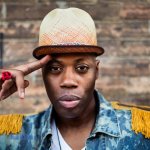