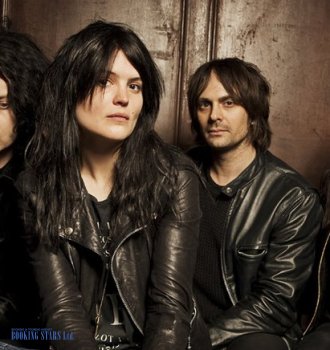 When the artists were working at Third Man Studios, in Nashville, the keyboardist of Queens of The Stone Age, Dean Fertita decided to join them. That’s how The Dead Weather was formed. Jack White decided to remember his youth, when he worked with a Detroit group, Goober & The Peas, and started playing the drums. In January 2009, in just three weeks, the band recorded a sufficient number of songs for a debut LP.

In March 2009, The Dead Weather arranged its first performance at the recording studio for a limited number of listeners. The musicians gave out 150 vinyl records with their first single, “Hang You from the Heavens”. The song reached the 9th spot of Billboard Hot 100. In 2009, the band’s second single, “Treat Me Like Your Mother”, settled on the 40th spot of Billboard's Alternative Songs Chart and came in 168th on the UK Singles Chart. The music video filmed for the single reached the top spot of the 2009 top-50 music video list by NME TV in the United Kingdom. Many organizers tried hard to book The Dead Weather for their events, but musicians were often too busy.

In July 2009, the band finally released its first LP, Horehound. It topped US Top Alternative Albums and US Top Tastemaker Albums. The album also settled on the 6th spot of Billboard 200 and the 14th spot of the UK Albums Chart. In October, the group released the third single from the album, “I Cut Like a Buffalo” and a live album, Live at Third Man Records West.

In December, The Dead Weather started recording the next LP. In March 2010, the group released a single, “Die by the Drop”, which made it into the top-30 of Billboard Alternative Songs and Billboard Rock Songs charts. The same month, the group went to tour New Zealand, Australia, and Japan to promote the first LP. In April, they came back to the United States and continued giving concerts. In May, the band performed in Nashville and presented all the songs from the debut album.

In May 2010, the public got a chance to buy the band’s second LP, Sea of Cowards. It earned positive reviews from the music critics, topped Top Tastemaker Albums Chart and reached the 5th spot of Billboard 200. The music magazine Rolling Stone put the album on the 11th position of its 30 best albums of 2010 list.

In June, the group released the second single from Sea of Cowards, “Blue Blood Blues”, which earned positive reviews from the critics, specifically for the excellent guitar sound. The same month, The Dead Weather went to Europe to support the LP. They visited England, Scotland, France, and Poland. In July, the musicians performed in Canada and the USA.

After the tour was over, the group went on a hiatus. Jack White focused on his solo album, Blunderbuss, which he was recording with Jack Lawrence. Alison Mosshart and The Kills released a new LP, Blood Pressures. Meanwhile, Dean Fertita announced working on his second solo LP.

In August 2013, The Dead Weather got back together in Third Man Studio to record the next LP. In January 2014, the musicians released a single “Open Up (That's Enough)”. The second single “Buzzkill(er)” came out in November. The third one, “I Feel Love (Every Million Miles)”, appeared in August 2015 and reached the 27th spot on the Alternative Songs Chart.

In September 2015, the third LP, Dodge and Burn, finally came out. It reached the 10th spot on Billboard 200 and came in 21st on the UK Albums Chart.

Even though each of the band members is working on projects other than The Dead Weather, they continue recording new hits together and performing live. 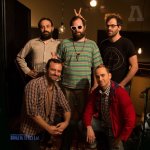