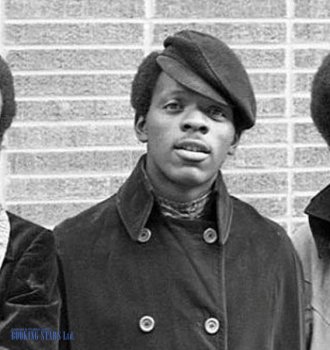 American band The Delfonics appeared in 1966 in Philadelphia. Its founder was William “Poogie” Hart, who used to work with such bands as The Everglows, Little Hart, Veltones, and Four Guys.

In 1964, Williams created a group called The Orphonics, the lineup of which, beside him, included Randy Cain, Stanley Lathan, and Donald Cannon. However, Randy Cain left the band rather early. So William had to look for a replacement. He finally invited his own brother Wilbert. A year later, Randy Cain came back, but Lathan and Cannon left. At the same time, the trio met a producer Thom Bell, who helped them record the debut single "He Don't Really Love You".

In August 1966, the group signed its first contract with Moon Shot Records. As part of the contract, the band changed its name to The Delfonics. With the new label, the debut song was officially released. It achieved impressive popularity and was re-released as "The Del Fonics". In 1968, with the assistance of Thom Bell, the band presented their second single “You’ve Been Untrue”.

In the middle of 1968, Moon Shot Records went bankrupt. The musicians began a new search for the label. Eventually, they signed a contract with Philly Groove label. The new song "La-La (Means I Love You)" became a huge hit and made the band famous. The single climbed to the 4th spot of Billboard 200 and came in second on Hot R&B/Hip-Hop Songs.

The same year, the artists presented their debut LP, La La Means I Love You. Besides the hit single, it featured such popular songs as "I'm Sorry", "Break Your Promise", "Can You Remember", "Losing You", and "The Look of Love". The LP came in 15th on US Top R&B/Hip-Hop Albums and reached the 100th spot on Billboard 200. After the album’s release, many organizers tried to book The Delfonics for private events.

The group’s second LP Sound of Sexy Soul came out a year later. It appeared on the 6th spot of Top R&B/Hip-Hop Albums and barely made it into Billboard 200, settling on the 155th position. Such songs as "Ready or Not Here I Come (Can't Hide from Love)", "Somebody Loves You", "Hot Dog (I Love You So)", and "Let It Be Me" became popular.

In 1970, the group released its third studio album called The Delfonics. It featured such songs as "Trying to Make a Fool of Me", "Over and Over", "Funny Feeling", "When You Get Right Down to It”, and "Didn't I (Blow Your Mind This Time)". The majority of them reached high spots on the American charts. For example, "Didn't I (Blow Your Mind This Time) climbed to the 10th spot of Billboard 200.

Two years later, the group presented another LP, Alive & Kicking. It reached the 34th spot of US Top R&B/Hip-Hop Albums and edged its way into Billboard 200 on the 205th spot.

All five albums recorded between 1968 and 1974 came out under the Philly Groove label. Then the group disbanded for several years and returned after switching to William Hart’s Poogie label. However, the popularity of the group started to wane. The album Return, which the band released in 1981, didn’t make it into the charts. The band continued performing. In 1999, they presented another LP Forever New, which didn’t become successful.

The group went through several lineup changes. At the end of the 1990’s, Greg Hill joined the Hart brothers.

In the 2000’s, switched the label to Wax Poetics and recorded a new LP, Adrian Younge Presents the Delfonics (2013). The album reached the 72nd spot of Top R&B/Hip-Hop Albums Chart and breathed a new life into the group.

Today, The Delfonics are performing in the USA and all over the world. 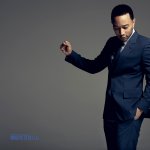